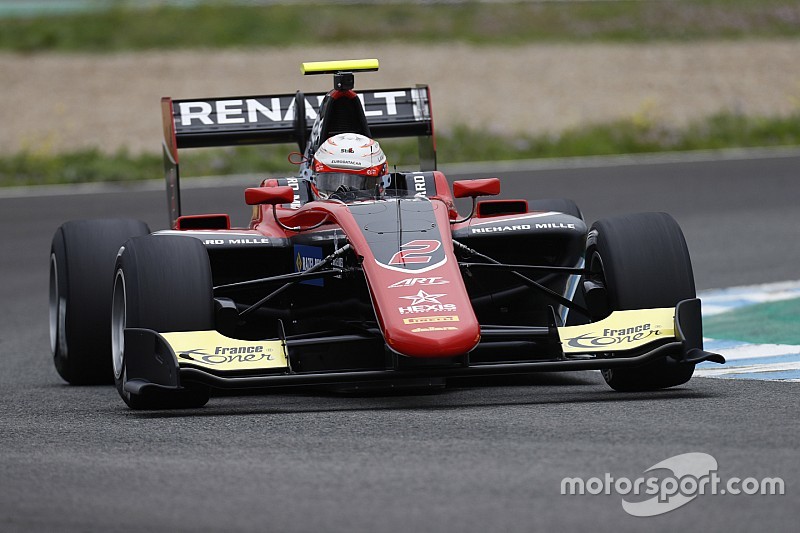 The morning practice was held in damp conditions, with the field running on wet tyres for the majority of the session and only setting competitive laptimes at the very end.

Trident's Alessio Lorandi was fastest, ending up the only driver to go below the 1m31s barrier, but Hubert then quickly set a new benchmark once the afternoon session resumed.

Boccolacci came close to dethroning him during the final hour but the MP Motorsport driver eventually came up 0.022s short.

Leonardo Pulcini, who was one of three drivers to cause a red flag during the day along with Jake Hughes and Lorandi, was third, less than a tenth off the pace.

Lorandi lost three positions in the afternoon to end up fourth overall, ahead of Campos driver Simo Laaksonen and Trident duo Giuliano Alesi and Pedro Piquet.

Russian rookie Nikita Mazepin grabbed eighth, with Ryan Tveter and Niko Kari - who was second in the morning - completing the top 10.