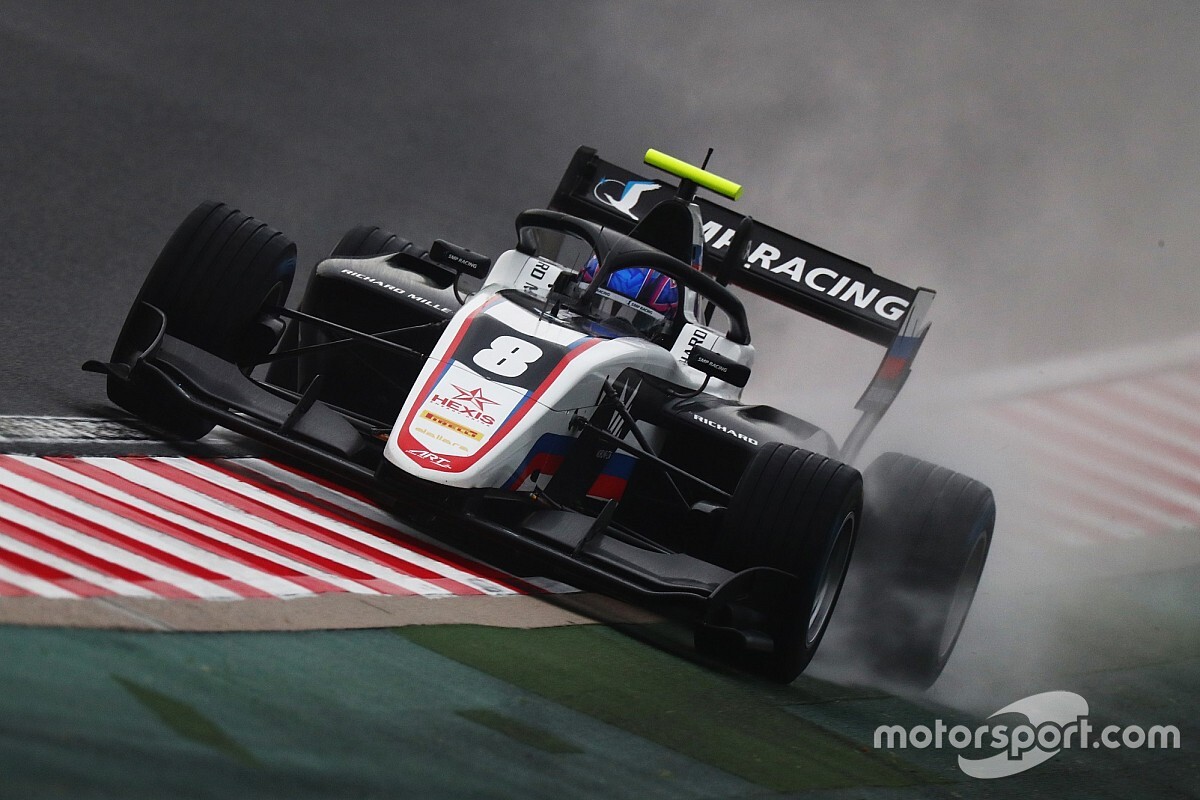 Alexander Smolyar put in a mighty performance to take pole position in a wet qualifying session for the FIA Formula 3 Championship round at the Hungaroring.

The Russian F3 rookie, who was third in last season’s Formula Renault Eurocup, sits down in 12th place in the points, but fended off a challenge from Logan Sargeant to take his maiden F3 pole. ART Grand Prix driver Smolyar’s best had just been pipped by Prema Racing man Sargeant by 0.012 seconds, but Smolyar then unleashed another lap that gave him the top spot over the American by 0.258s.

Fresh from his maiden F3 win in the previous weekend’s reversed-grid race at the Red Bull Ring, Theo Pourchaire was lurking towards the bottom of the top 10 with outstanding pace in sectors two and three – as the chequered flag fell, the 16-year-old Frenchman finally hooked up the first sector and made it two ART cars in the top three.

The other winner last weekend in Austria, Prema’s Frederik Vesti, left it even later – the Dane was one of the last to cross the line after the flag with an effort that hoisted him to fourth. The surprise of the session was Jenzer Motorsport’s Calan Williams, who put himself fifth on the grid – an improvement of 18 positions over his best qualifying position in either of the two Austrian rounds.

The Australian got out relatively early on his second set of tyres, and his time stood for second fastest until he got bumped down the order. Championship leader Oscar Piastri makes it an all-Aussie third row in his Prema machine. The Renault F1 Junior was a gargantuan 1.4s clear of anyone on the first runs at the point when he became the first to make his mid-session pitstop, but he failed to improve on his second run.

ART’s Sebastian Fernandez was in the picture towards the front for most of the session but had to settle for seventh, while last-lap improvements put MP Motorsport-run Dutchmen Richard Verschoor and Bent Viscaal into eighth and ninth. Dennis Hauger won the battle of Hitech GP’s Red Bull Juniors, beating Liam Lawson to 10th spot on the grid.

Lawson was one of two drivers who spun into the gravel at Turn 10 during the first attempt to run the session, following Lirim Zendeli off the track in heavy rain.