Renault Formula 1 junior Christian Lundgaard led from lights-to-flag for ART Grand Prix to win the opening FIA Formula 3 race of the weekend at the Hungaroring. 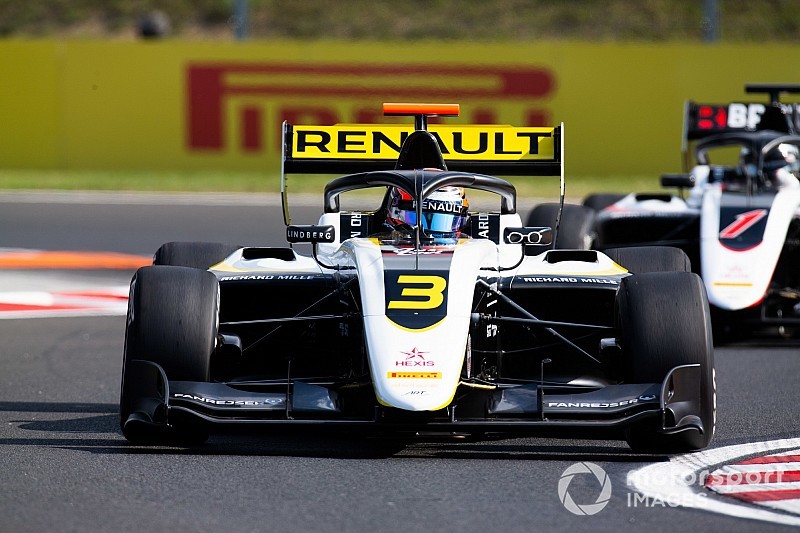 The Danish driver, who won the first race of the season on the road before a penalty for a virtual safety car infringement dropped him to second, eventually led home a one-two for ART by 3.7 seconds ahead of Fewtrell, also setting the fastest lap on the last lap of the race.

Vips pressured Kari lap after lap, getting alongside the Finn on multiple occasions, but Kari was able to hang on to the place until the 18th lap of 22, as Vips finally passed him at Turn 1 and Hughes followed through into fourth at Turn 2.

Hughes then finally jumped Vips for the final spot on the podium for HWA.

With four laps remaining, Shwartzman also passed Kari for fifth, the Russian coming away with an enhanced points lead as his Prema teammate Jehan Daruvala finished out of the points.

SMP Racing and Ferrari junior Shwartzman, who has yet to finish a race lower than fifth all year, now leads by 20 points ahead of Vips.

Felipe Drugovich was sixth for Carlin ahead of Vips’s Hitech teammate Leo Pulcini, while Marcus Armstrong (Prema) recovered from 13th on the grid to take reverse-grid pole in eighth.

Jenzer’s Yuki Tsunoda sealed ninth and Logan Sargeant (Carlin) beat Daruvala, who started down in 17th, to the final point for 10th place.

Kari fell all the way to 15th in the closing stages while his Trident teammate Pedro Piquet retired with a brake issue while running in the top five.