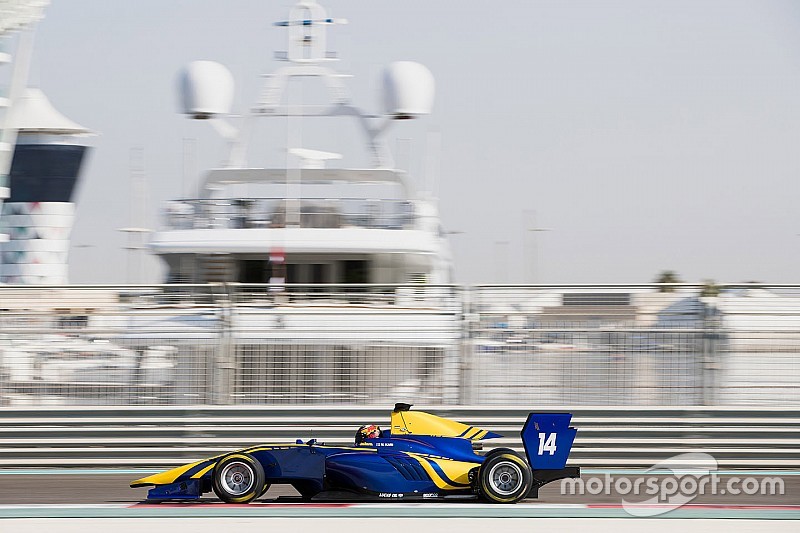 Kari's time of 1m54.733s was two tenths quicker than his pace-setting effort on Day 1, as the Finn remained the only driver going below the 1m55s barrier.

Like on Day 1, Kari, who was 10th in GP3 this year as a rookie and the only non-ART driver to win a feature race, set his benchmark time in the morning session, which he topped by four tenths.

Leonardo Pulcini was closest to him, and the Campos driver went on to top the afternoon running, but his 1m55.210s was not an improvement on his morning time.

The pair were followed by Trident duo Giuliano Alesi and Pedro Piquet, who were separated by one thousandth of a second, in the overall order.

The Brazilian became top rookie of the day, just ahead of ART's Callum Ilott, who was 0.023s slower.

The top 10 was completed by David Beckmann, the top Jenzer car, and Jake Hughes.

There were three driver changes in the testing line-up from Thursday to Friday, with British Formula 3 frontrunner Ben Hingeley becoming the fastest of the three additions.

Defourny and Gachot took the last two positions in the order, 19th and 20th.