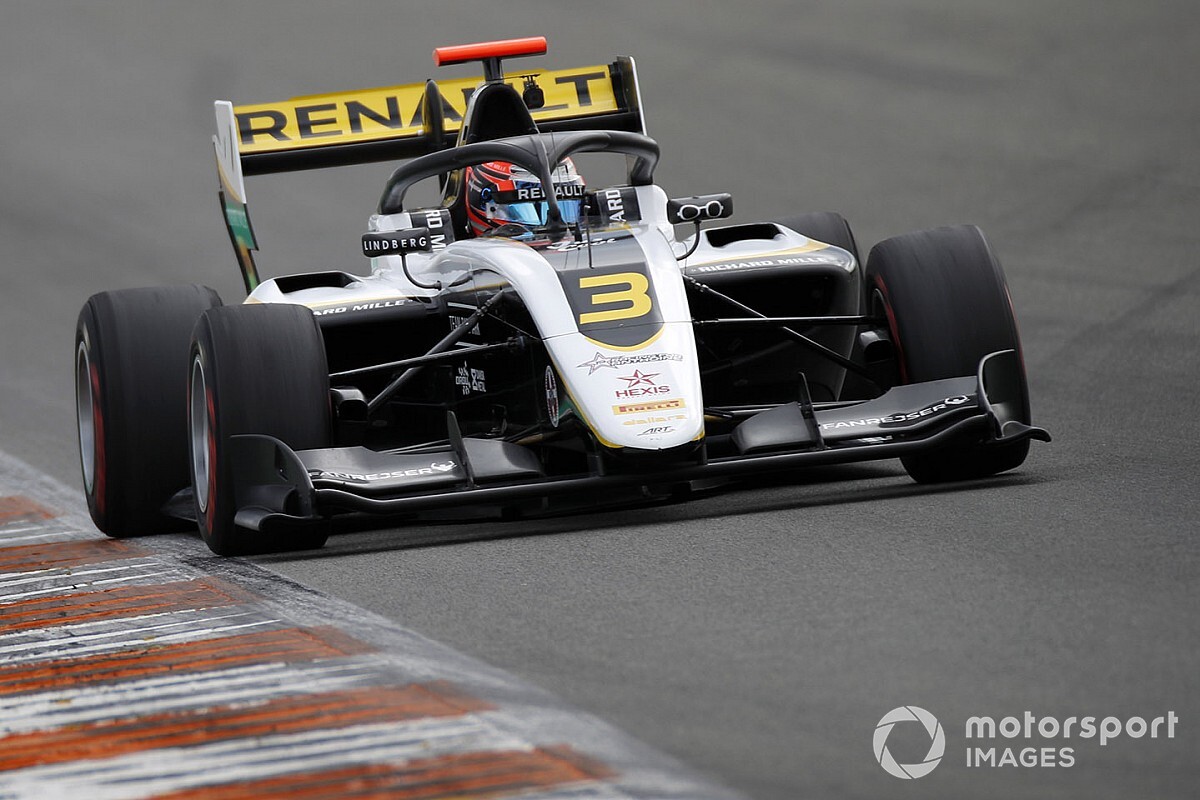 Lundgaard – who finished sixth in the F3 standings this season for ART Grand Prix – remains with the same team for the test.

It rained early in the morning session, but the teams were still able to net significant mileage on the first day of the three-day test, which concludes on Tuesday.

Lirim Zendeli set the fastest time in the morning session once the rain dissipated, having switched from the Sauber Junior Team he competed with in FIA F3 this season to Jenzer Motorsport, but the times tumbled in the afternoon as the track rubbered-in following the downpour.

Lundgaard was the first driver to dip below the 1m22s with just over an hour remaining, and most drivers set their best times in the afternoon session.

Zendeli once again went top in the last hour, but Lundgaard soon pounced to head Sebastian Fernandez by just over two tenths.

Fernandez was impressive throughout Sunday, having left Campos Racing to join Lundgaard at ART in a strong showing for the French team.

Alexander Smolyar was the top true rookie, the SMP Racing-backed Russian taking second in the morning session before a late leap in the afternoon meant he rounded out the top three in the times for the Sauber Junior Team.

Zendeli was relegated to fourth in the final hour, ahead of Alessio Lorandi, who missed this season through injury but came back to test with Trident, with which he raced for in F2 and F3 in 2018.

Lornadi’s teammate Devlin DeFrancesco was just behind, as the rest of the top 10 also cracked the 1m22s barrier.

Red Bull and Honda junior Yuki Tsunoda switched from Jenzer to Hitech Grand Prix for the test and wound up seventh, ahead of FIA F3 rookie Ferdinand Habsburg, who finished last in the DTM standings this year.

Dan Ticktum – who will race with Carlin at Macau and is targeting an F2 seat next year – took ninth, having finished third in the morning session, ahead of the first car of FIA F3 teams’ champions Prema, driven by ex-Carlin man Logan Sargeant.

While most drivers got more than 30 laps in the afternoon, Billy Monger was only able to net 10 laps after the lunch break on his way to 28th place. It was Monger’s first experience of the FIA F3 car on track.