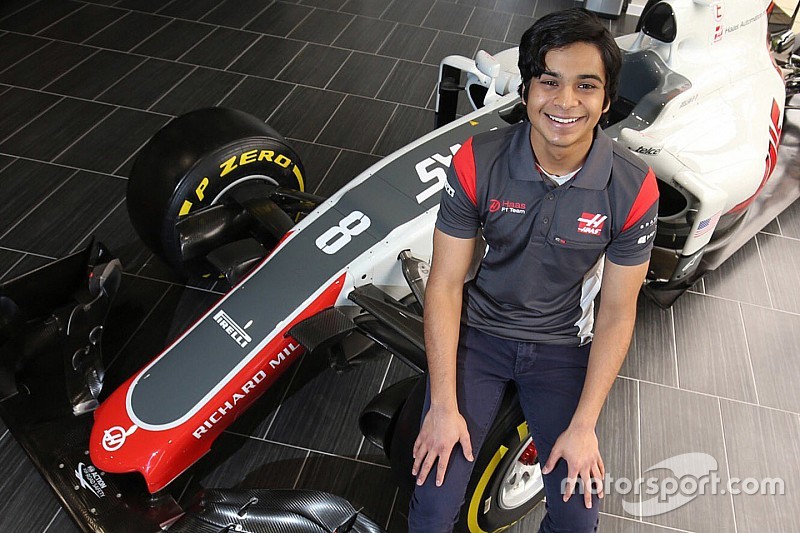 Arjun Maini was naturally ecstatic to join Haas Formula 1 team as a development driver, but is not letting his new role distract him from his GP3 driving duties.

On the eve of his first full season in GP3, Maini was recruited by Haas to gain more knowledge of the inner workings of the American squad.

While the new role opens up several opportunities in the future, the 19-year-old says his first priority is to achieve the desired results in F1's second-tier feeder series.

“This morning I was in the F1 paddock and the feeling out there and out here [in the GP3 paddock] is quite different,” Maini told Motorsport.com when asked to sum up his feelings about his new job. “I'm getting used to it a bit.”

“I would also like to thank Haas for that opportunity that they’ve given me to learn behind the scenes.

"Of course, the main thing is to still perform in GP3 because that’s in the end is going to take you to the next step.”

He added: “Initially we are just going to be a part of everything that goes on in terms of being part of the briefings, see how they operate from behind the scenes.

“And I think this is really important to see how the engineers and the drivers are communicating because I can use this already to my advantage in GP3.

“I get a few simulator sessions as well at Maranello [where Haas’ partner Ferrari’s factory is located]. But at first they want me to focus completely on GP3. They want me to get good results. Then we will see from there.”

Optimistic ahead of new GP3 season

Maini, who contested seven of the nine GP3 rounds last year, is upbeat about the 2017 season, but has refused to set any quantitative targets - whether in terms of championship position or race wins.

“I’m expecting some good results, of course, but most importantly I’m not really looking at setting goals or targets,” the Jenzer driver said.

“I just take the races as they come and try to do the best I can possibly can without adding unnecessary pressure to myself. So I'm not really looking at certain results or anything, but I'm expecting good stuff.

“I think the atmosphere inside Jenzer is really good at the moment.  So really looking forward to getting started.”

Focus on qualifying and aggression

Without any prior experience in the GP3/16 car, Maini placed 10th in the championship last year, beating a number of drivers who contested the full campaign.

But the Indian feels there are still areas where he can improve on, notably qualifying and race aggression.

“I think qualifying it was not bad last year, but it was not great either,” he said.  "So if we can get a bit more than that it would be good for the big point [feature] races.

“So the one thing I want to improve on is the one-lap pace, which I think we've made a step in winter testing. And of course the aggressiveness from my side.

“I had a bit of karting over the winter with my brother [and Italian F4 racer Kush Maini]. And that’s helped me a bit, trying to be a bit more aggressive.

“I’ve done all that I can. It feels like I’ve made a step forward in my mind. Will see if we can put it to play this weekend.”

Aitken "quick enough to win at every round" in GP3