Maini: "I've got my head around" GP3 transition 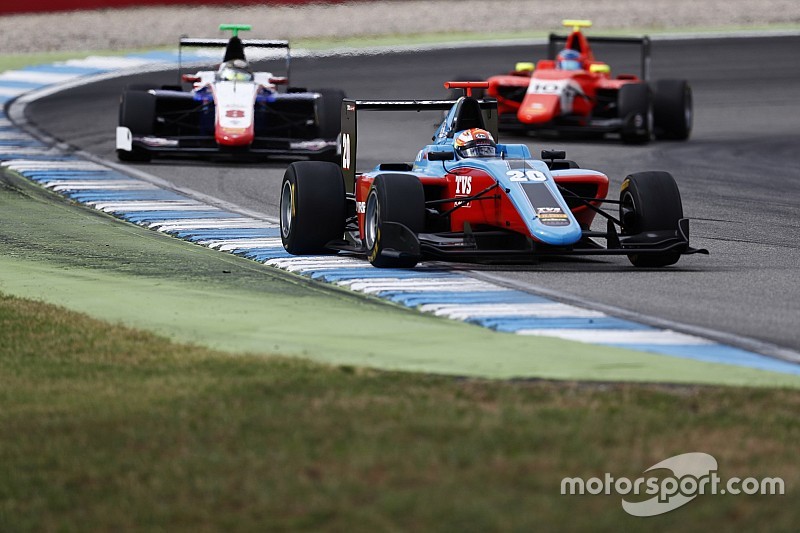 Arjun Maini says he worked upon his race craft to adjust in GP3 in the three rounds he has competed in since moving into the championship midway, switching from European Formula 3.

The Indian straightaway impressed with his performance on his debut in Silverstone with points in his maiden outing along with taking reverse-grid pole.

The Jenzer driver continued the upward trend in Hungary, claiming his maiden podium and followed it up with seventh and fifth place finishes last weekend in Germany.

"I think I have managed to cope with the new car quite well and learned quite quickly," the 18-year-old told Motorsport.com at Hockenheim.

"The ultimate qualifying pace, I got used to it quick, [but] what took me a bit of a time was in the races.

"I think finally I got my head around that and now I am quite strong in the races, so overall it’s looking quite positive, already looking forward to Spa-Francorchamps," the JK Tyre and TVS Racing-backed driver added.

Overlooking Maini at Hockenheim was not only Karun Chandhok, but also Le Mans 24 Hours LMP2 category winner (in 2010) Jonny Kane, who is working with the Indian teen since the end of last year.

The 43-year-old Strakka Racing driver was satisfied with Maini's performances in GP3 so far.

"Overall it’s been a positive. Arjun has driven extremely well, he got a good start today, [and] had good pace in the race, so all in all a good weekend," the British driver said.

Maini sits 11th on the standings with 32 points and has confirmed his participation in the next round at Spa.

When asked whether he will contest in the remaining three rounds after Spa, the Bangalore-based driver said he is confident enough to see through the whole season.