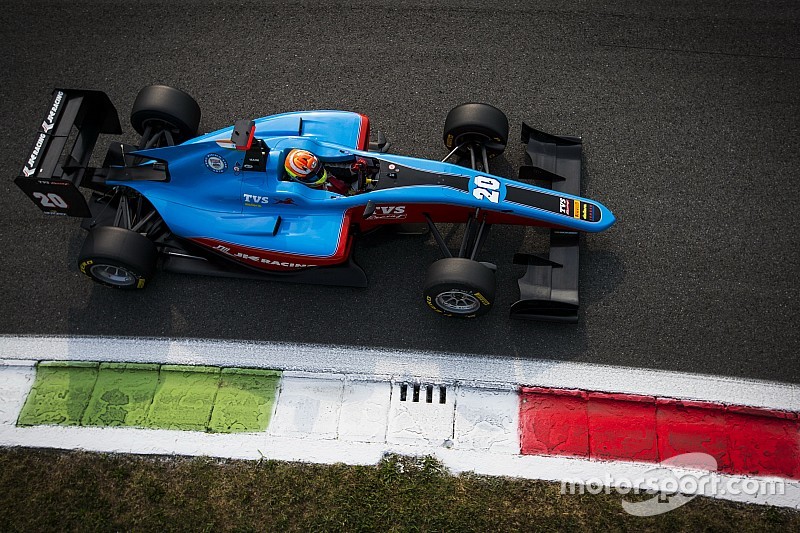 Arjun Maini says he needs to put together the raw speed of his Jenzer car during the weekend for stronger results in GP3.

After having few good weekends since switching to GP3 in Silverstone, the Indian endured a tough outing at Spa followed by Monza, where the Indian salvaged sixth in the sprint race.

Despite the slight dip, Maini believes that the car has raw pace to shine through, if he can work on getting it all together during a race weekend.

“It’s been good [till now in GP3],” Maini told Motorsport.com. “I think Spa was bit tough and here [Monza] it was tough apart from the end result, but the raw pace has been really good.

“We [just] haven’t really managed to put it together yet, but then [again] I haven’t had testing or car time nowhere close to any other [rivals].

“So, in a way it was a bit expected to have few tough moments, but I am sure once we get it together it will be a lot stronger,” the 18-year-old added.

Elaborating on his Monza weekend, Maini admitted to having made mistakes in qualifying as well as in the feature race, which cost him time and positions.

The qualifying was also compromised due to an incident with Trident’s Artur Janosz. While in the race, Maini went wide in parabolica and was forced to pit for a tyre change, dropping him nine seconds behind the pack.

Although he managed to claw back up to 14th, the JK Tyre and TVS backed driver reflected that the “pace was mega” and that points were possible.

In the sprint race, the Indian enjoyed better fortune, which included a last-lap move on Campos’ Alex Palou to take sixth.

“[I had a] good start again so that’s going well for me, managed to climb up to sixth and was challenging [Jack] Aitken for P5 when I got tagged in the back by [Sandy] Stuvik.

“Unfortunately I dropped to P10, but then managed to fight back to sixth again, pretty happy [with that],” he said.

The Indian was lapping at par with the front-runners when he was punted in the back. Had he stayed with the lead pack, there was every chance to score his second GP3 podium.

Aside the weekend, talking about his future, Maini confirmed he will see through the season with races in Malaysia and Abu Dhabi.

Fukuzumi gets grid penalty for collision with Leclerc

Tatiana Calderon: “Now the other drivers look at me differently!”