Nearly two-thirds of the Formula 3 field have been handed grid penalties for Saturday’s Monza feature race following a controversial qualifying session that was called off early for safety reasons. 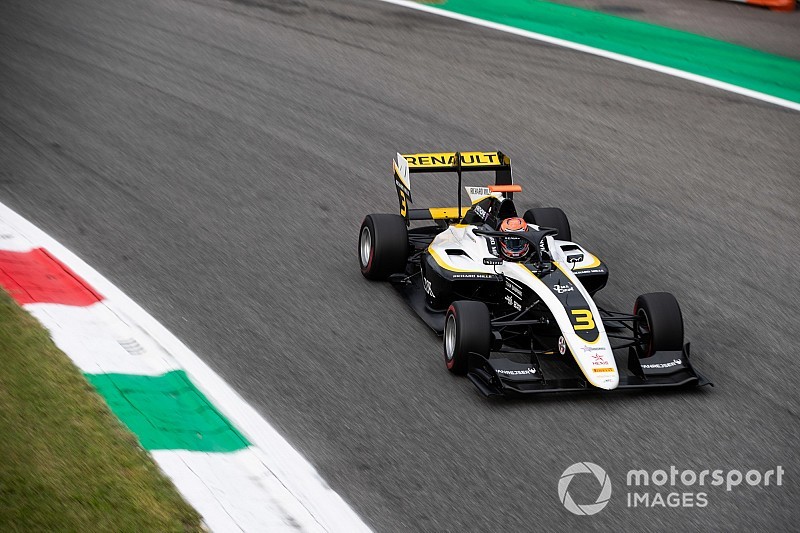 Several drivers were seen backing up heavily heading into Parabolica in the final stages of qualifying, creating a potentially dangerous situation as others tried to complete their flying laps.

This forced race control to issue a red flag four minutes before the end of the session to pre-empt any accidents, and in a subsequent investigation several driver drivers were found in breach of rules.

A total of 13 drivers, including championship leader Robert Shwartzman and his nearest rival Jehan Daruvala, were handed five-place grid penalties for unnecessarily slowing down, while Leonardo Pulcini was given a three-place grid drop for impeding another driver.

In addition, David Beckmann, Max Fewtrell and polesitter Christian Lundgaard were handed three-place grid penalties, although the latter will retain his starting position.

Lundgaard will be joined on the front row by Lirim Zendeli, who moves up three places on the grid, with Richard Verschoor and Giorgio Carrara sharing the second row.

Shwartzman will line up eighth on the grid, two places ahead of Daruvala. Juri Vips, who was the most high-profile victim of the early red flag, will start only 17th after being also hit by a grid penalty.