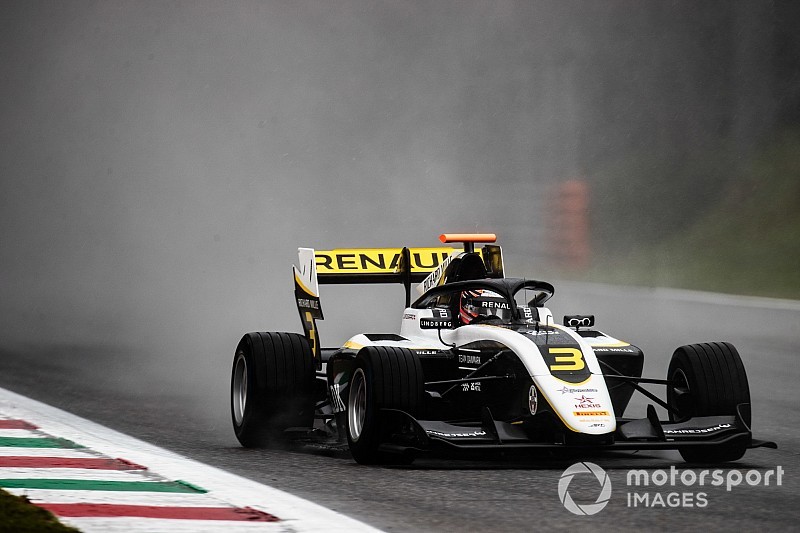 With less than five minutes to go, over 20 cars were on the back straight before the Parabolica. Some were attempting to finish flying laps at speed while some were running slowly on the racing line, held up by cars ahead starting their next lap.

It created a dangerous situation with high closing speeds between cars on flying laps and those preparing to start their timed runs on the next tour.

A red flag was called with less than four minutes to go with no obvious crash or incident on track, with the stoppage seemingly called to pre-empt any incident.

SMP Racing and Ferrari junior Shwartzman was well outside of the top 20 until the last 15 minutes, when he jumped up the order to third.

Lirim Zendeli (Sauber Junior Team) was one of very few drivers who got some track space and the reigning German F4 champion delivered his best qualifying perfmrnace of the year in fifth, while Carlin’s Teppei Natori in sixth also managed his best grid slot of the year.

Big losers included Trident's Pedro Piquet, who had to abort a lap which included fastest first and second sectors after a mistake in the third.

HWA’s Jake Hughes had held provisional pole but the red flag meant he couldn’t improve on his 12th place.

Championship contender Juri Vips was also robbed of the chance to best his own time and will have to start from 15th, a blow to his title hopes.