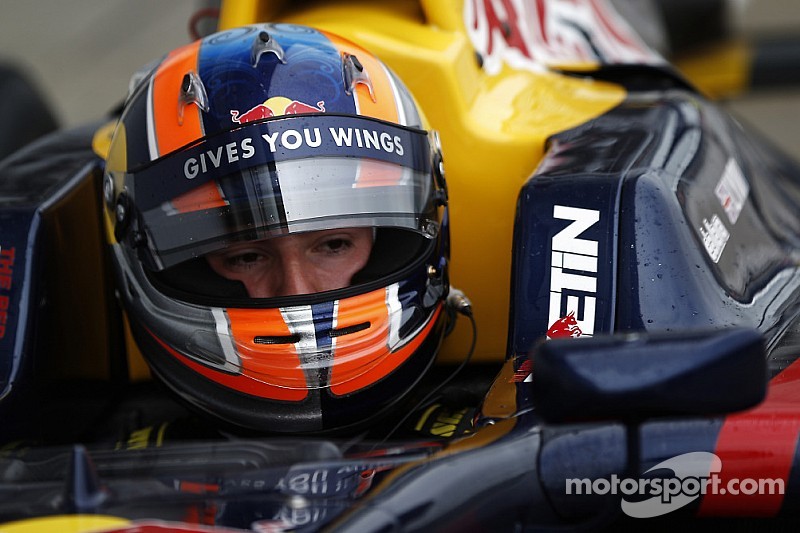 Thoughts of a Champion – Alex Lynn

Alex Lynn: It sounds amazing. When I think back it’s been a long journey since Estoril in March at the pre-season test. It’s such a stressful thing to try and win the title; you’re always under pressure and always trying to respond to everything. I’ve been really proud to lead the Series from the first moment in Barcelona right until the end. I’ve been working so hard all year and to be honest it does feel like a big relief to get it done.

GP3 Series: You follow in the footsteps of previous GP3 Champions’ Esteban Gutierrez, Valtteri Bottas, Mitch Evans and Daniil Kvyat –how does it feel to be in the same league as such drivers?

Alex: Everybody who has gone on to win this title has gone onto great careers. For everybody who wins it; it’s fantastic. It is such a difficult Series to win especially with the way the format works, it’s very tough. It takes an intelligent driver to win this and I think and hope that’s what I’ve shown this year.

GP3 Series: When did you start to feel that you were the man to beat?

Alex: Quite honestly since the Estoril pre-season test when we were P1. I always felt that I was going in as the title favourite and I think a lot of the outsiders also saw me as someone who could be really fast and really hard to beat. It was right from the first moment that I knew that I needed to win.

GP3 Series: Were there any moments where doubts crept into your mind?

Alex: I always thought everything was clicking well. There were just different drivers who were quick at different points of the season. Jimmy Eriksson would go on a run, then Richie Stanaway would do the same and they started getting closer. Then one would fade away and a new rival would emerge or return. My team and I really stuck to our plan of how we would win the title, which was by hitting a good average of points every weekend. We did all of our analysis before the start of the season and we knew that the title had been won on a 22 point average in the past four years. We knew if we could make that a target for each round, we would be tough to beat. Before Sochi our average was 26, so it’s a real challenge to just play the game. It’s a constant mind game, a constant battle against everyone. It was so tough.

GP3 Series: Arriving to Abu Dhabi, knowing that this qualifying could be the decisive moment for you – how did you prepare for that mentally prior to the session and during? As you were quick in the session, but just missing that extra to take pole despite you pushing…

Alex: You’re right, we were really fast in Free Practice. The car and I felt really good. I was happy that we responded by being quickest in practice after a difficult event in Sochi. Even though on paper it doesn’t mean much, it means a lot for the confidence. In qualifying, everything felt the same but I don’t think we switched the tyres on enough or that the front was good enough compared to practice. To be honest, I knew Stoneman and Kirchhöfer were very fast. After the first set of tyres I knew they were very close to each other. When my engineer told me Kirchhöfer had done a 1m 55.1, I thought what if Dean goes quicker. I had already done my time and knew I couldn’t do a1m 55.1, but I think Marvin was just on a mega lap. Straight afterwards, I was like should have, could have, would have, but in the end the crown is mine and it’s nice to finally get it out of the way.

GP3 Series: Looking back on the season as a whole, are there any races in particular that you will look back on most proudly and think that’s where the crown was won?

Alex: I think from the outside it’s quite difficult to see that there are races which mean more than people think. The one that stands out for me is Race 1 at Spa-Francorchamps, the dry to wet, pitting on the formation lap etc. Richie was our title rival at that point – he got in front of me and it became an absolute must to finish in front of him. For someone to win the title and trying so hard to get reverse grid pole – it’s not right; but actually in those circumstances it was the most important thing in the world. We just got it thanks to someone crashing, but those are the things that need to fall your way at that point. I think those little bits that just went out way every single time are what give you the belief that the title is coming your way. I’m sure if you talked to our competitors, they will say ‘Bloody Lynn was always there and Lynn always missed everyone’. Those are the differences between winning it or not.

GP3 Series: What is the most important lesson you’ve learned in GP3 that you can bring forward to the next step?

Alex: I think GP3 is mentally very tough. It’s difficult with the reverse grid races. If you have just pure qualifying races and you’re fast – you’ll always be there. But I think it puts the emphasis on the need to be complete. If you have any weaknesses it shows as you need to be fast in qualifying. You need to conserve your tyres, be fast in Race 1, win it and be fast in race 2 and overtake. If you miss out on any of those it shows. All year I’ve tried to polish out every single weakness I had prior to this season or at the start, it became very important. Mentally towards the other competitors, if you show them you have no weakness’, that’s already half of the battle won. If they start believing there is nothing they can do to fluster me, I think that’s what makes the difference.

GP3 Series: Do you feel there is anything you could still improve on which will help you in the next step?

Alex: I would like to think I’m very good in all areas but there are some elements that are stronger than others. For example, I’m not the most ragged driver out there, I’m very smooth. Sometimes in different circumstances, you need to be ragged and wilder I can do that but it’s more difficult for me to do so. I’m quite proud that I’ve got a really good base. I could take more risks but as I explained to somebody this morning, the way the Series works, consistency and a solid points haul gives you a good average.

GP3 Series: Looking ahead, what does the future hold?

Alex: The best scenario for me would be to get the Toro Rosso drive in Formula 1, but ever increasingly, unfortunately, a small cog in a huge moving wheel goes around in terms of Red Bull and Formula 1. Things are very difficult. But to be honest it’s very much in the air. I do believe that in the next two to three weeks I will know for sure my future, once the F1 season is finished. It will be an interesting time but I have three or four options and if any of them come off, it will be amazing. I’m sure one of them will but until it’s done, it’s not done. Everything is looking good.