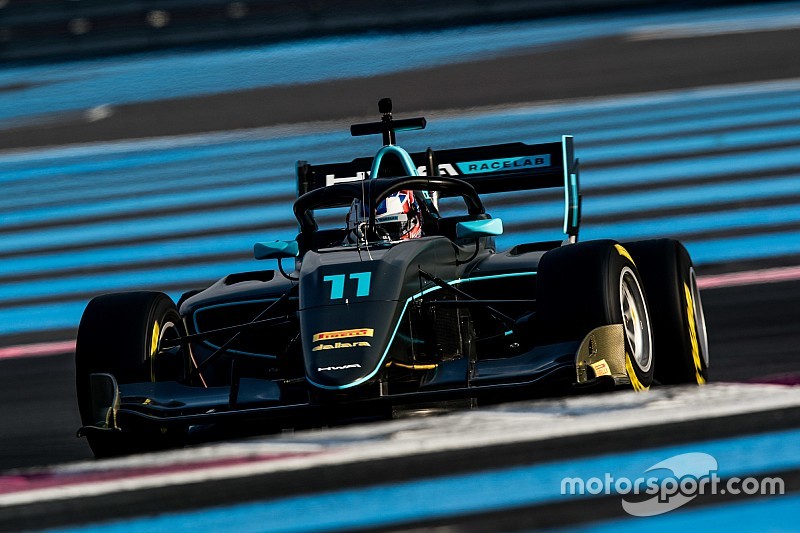 On his very last flying lap, Hughes was one of only a handful of drivers to manage a big improvement as he jumped Prema Racing’s Jehan Daruvala.

Daruvala was more than four tenths ahead for most of the session and looked comfortable, but he couldn’t improve on his last lap and Hughes pinched pole by just 0.087s.

Robert Shwartzman made sure it was two Prema Racing-run cars in the top three, the SMP Racing-backed Ferrari junior ending up only 0.239s off the pace.

Pedro Piquet had been 21st after the penultimate flying laps, but put in a rapid late flyer to jump up to fourth late on, besting the final Prema driver Marcus Armstrong in fifth.

Hitech Grand Prix’s Leo Pulcini and Juri Vips took the next two spots, Vips another driver to light up the timing screens with session-best sectors, but failed to turn that into a late improvement.

All three ART Grand Prix-prepared cars finished outside of the top 10 in a session in which the top 16 drivers were split by less than a second.

Christian Lundgaard – winner of the opening race in Barcelona on the road before a VSC penalty demoted him – was 12th, reigning Formula Renault Eurocup champion Max Fewtrell was 14th and GP3 race winner David Beckmann was 22nd.

The F3 grid has been depleted this weekend as Artem Petrov is absent, reducing the field to 29 cars, but Jenzer Motorsport has a replacement lined up for Austria.

Russian driver Petrov – 20th in European F3 last year with Van Amersfoort Racing – took a best finish of 18th on the opening weekend of the series in Barcelona, and has also competed in Euroformula Open this season.

Team boss Andreas Jenzer told Motorsport.com the driver it hoped could replace Petrov this weekend was unable to make it in time for Paul Ricard due to visa issues.

F3 teams could ask for qualifying to be split into groups