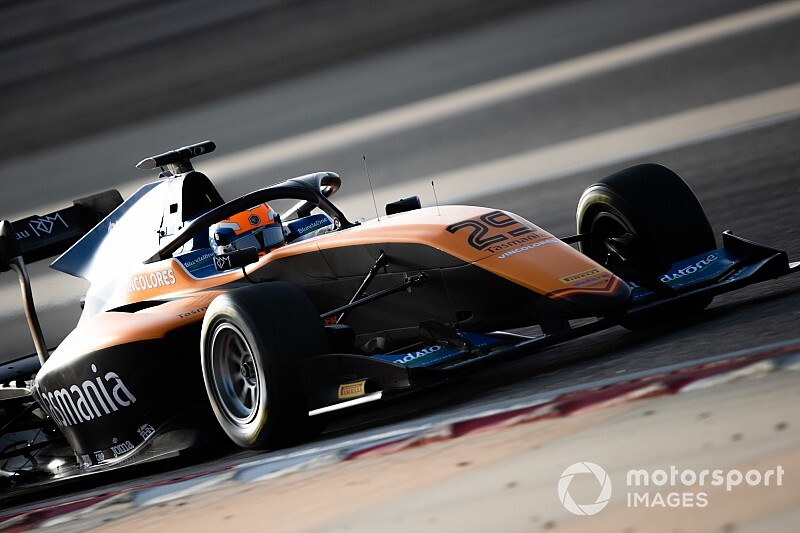 The three quickest times from the test all came on the final day of testing on Tuesday, pushing Red Bull junior Liam Lawson’s Monday benchmark of 1m46.365s down to fourth in the combined classification.

Hughes didn’t turn his first laps until the afternoon session on Monday due to Formula E testing commitments with Mercedes the previous day.

Jack Doohan, Hughes’ teammate and son of grand prix motorcycle legend Mick, finished another tenth adrift in third ahead of his F3 debut at the same venue later this month.

Lawson (Hitech) couldn’t improve on his Monday benchmark and ended up fourth, ahead of the lead Prema car of Logan Sargeant.

Macau Grand Prix winner Richard Verschoor (MP Motorsport) set his quickest time of the test in the last session, finishing 0.417s off the pace in sixth.

Niko Kari was seventh for Charouz, ahead of Sebastian Fernandez in the best of the ART cars and Frederik Vesti (Prema). The top 10 was completed by Alexander Smolyar (ART).

Sophia Floersch (Campos) was classified 24th with a best time of 1m47.504s, set during the morning session on Tuesday.

The field was propped up by Carlin driver Enaam Ahmed, who is making a return to Europe after a season away in Japanese F3.

The three-day test saw some disruptions, with Theo Pourchaire (ART) stopping on track on Monday and Matteo Nannini (Jenzer) likewise bringing out red flags on Tuesday.