Red Bull has signed 14-year-old American driver Jak Crawford to its Formula 1 junior programme, while also revealing where its other proteges will race in 2020. 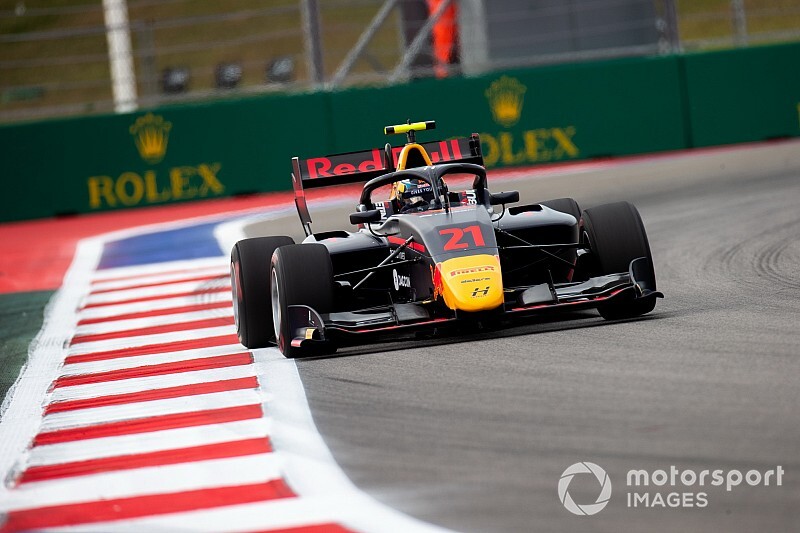 Crawford finished seventh in the USF2000 championship last year, and has received Red Bull backing for a move to Europe and will join Van Amersfoort Racing in the German and Italian Formula 4 championships for 2020.

Red Bull’s FIA Formula 3-graduating juniors had already been confirmed in their 2020 seats, with Juri Vips joining Team Mugen in Super Formula and Yuki Tsunoda joining Carlin for Formula 2 in 2020 in place of another Honda protege, Nobuharu Matsushita.

Another driver who debuted in FIA F3 last year, 2019 Toyota Racing Series champion Liam Lawson, has kept his Red Bull status and moves from MP Motorsport to the Hitech Grand Prix FIA F3 squad Vips used to fight for the title in 2019.

Lawson is defending his TRS title over the next month as well and leads the points standings, while Tsunoda is also participating in the category.

Joining Lawson at Hitech is Norwegian Dennis Hauger, who won the Italian F4 Championship last year and remains with Red Bull for his third season in car racing.

Also in a third season of cars is Australian driver Jack Doohan, the son of grand prix motorcycle racing legend Mick who had already been confirmed in an FIA F3 seat with HWA.

Jonny Edgar, 15, is the only Briton on the Austrian energy drinks brand's books, and will join Crawford at VAR for a dual programme in German and Italian F4.