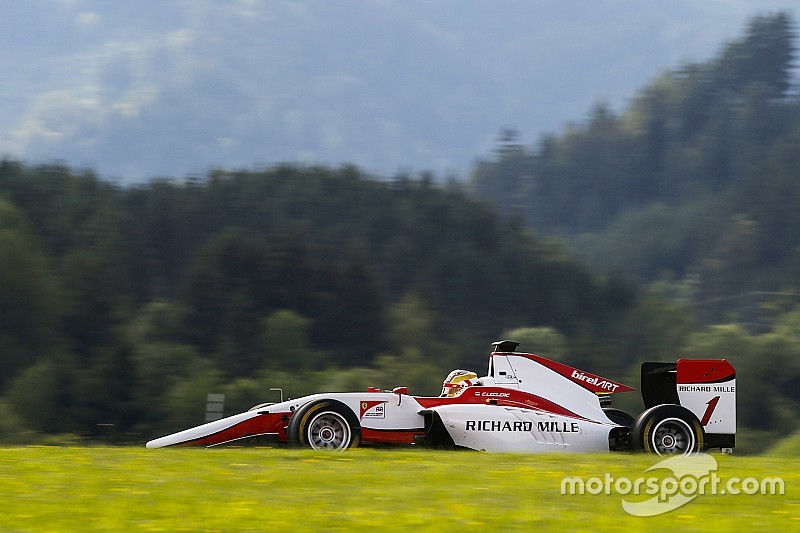 Ferrari protege Charles Leclerc was untouchable in GP3 qualifying at the Red Bull Ring, claiming his maiden pole by a margin of half a second.

Leclerc reigned supreme on a day dominated by his ART Grand Prix team as its other drivers finished second, third and fifth.

Having topped both testing and free practice, Leclerc set the early pace with a low-1m20s lap and then retook the spot from teammate Nyck de Vries with a 1m19.769s lap before the mid-session break.

Albon, having been second at halfway point, briefly challenged Leclerc by surpassing his provisional pole time by 0.003s with five minutes to go.

But the Ferrari junior had a lot more time up his sleeve, stringing together three session-best sectors to produce a 1m19.041s, smashing his own Red Bull Ring GP3 record from testing.

That put the Monegasque well out of reach for his teammates, Albon improving to half a second off, which proved enough to give the Thai driver a spot on the front row.

Matt Parry will start right behind teammate Boschung in sixth, with Oscar Tunjo moving up to seventh at the chequered flag.

Jake Dennis and DAMS duo Jake Hughes and Santino Ferrucci will make up the top 10.

Alesi ruled out of Red Bull Ring round after practice shunt