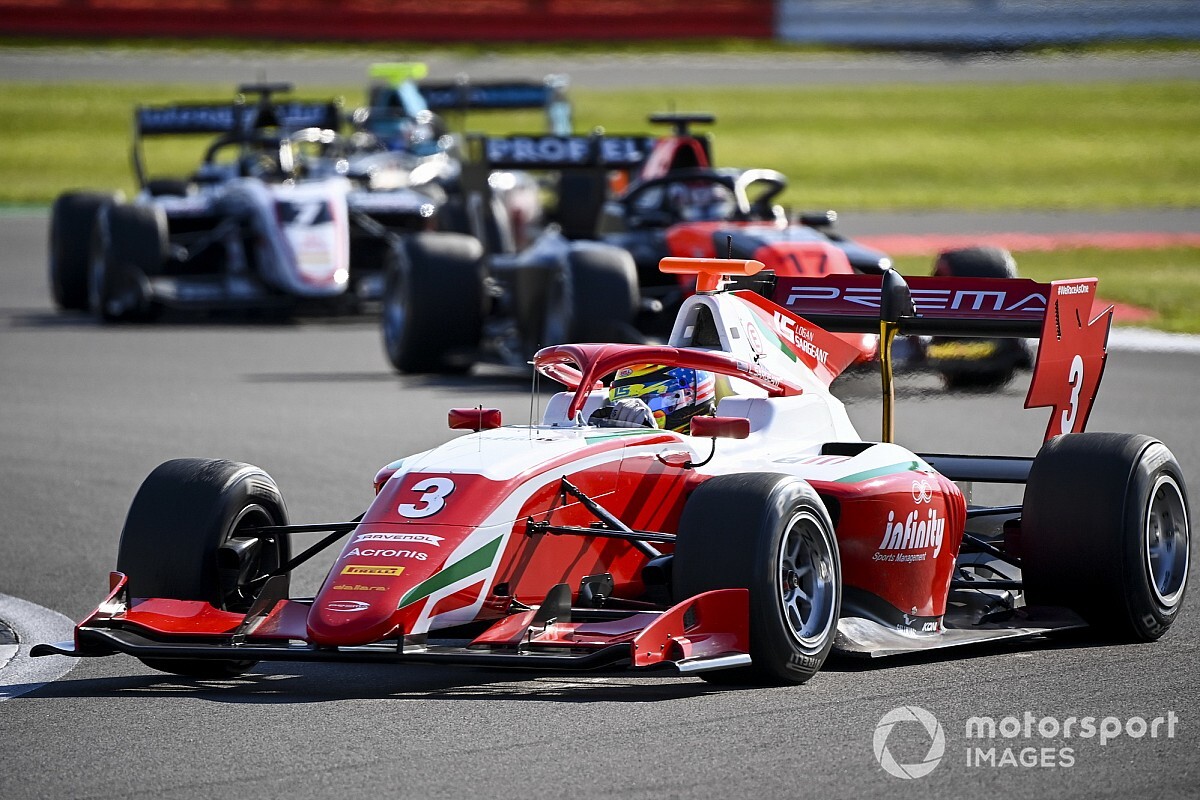 Logan Sargeant dominated the first FIA Formula 3 race of the second weekend at Silverstone to earn his maiden series victory and the championship lead.

Prema driver Sargeant started from pole position for the second successive Saturday at the circuit, but this time he was able to convert pole into a lights-to-flag victory.

The 19-year-old American racer, who finished in a lowly 19th in his first FIA F3 season last year with Carlin, drove into an early race lead as his rivals squabbled behind him.

HWA's Hughes failed to trouble Sargeant and his second place came under late-pressure from Lawson in the closing stages of the race.

Lawson was shaping up a final-lap challenge, but this was called off when ART Grand Prix’s Sebastian Fernandez collided with the Jenzer-run car of Matteo Nannini on the entry to Stowe on the penultimate lap of the race.

This brought out double-waved yellow flags and Lawson was unable to make his move, leaving Hughes – whom he collided with while fighting for the win in the Styrian GP reverse-grid race - to scoop second place and his first podium of the year.

Vesti started the race from fourth place but faced an intense battle with ART’s Theo Pourchaire to keep his position.

Pourchaire sold Vesti a dummy on the Hangar Straight to dive to the inside at Stowe halfway through the race, but Vesti clung onto the position around the outside of the corner.

Trident’s David Beckmann pounced at the final corner and passed Pourchaire while Vesti received a warning from the stewards for his defensive tactics – similar to those which stripped Pourchaire’s teammate Alexander Smolyar of a maiden win last Sunday.

Beckmann continued his strong season with a fifth-place finish ahead of Pourchaire and the recovering former championship leader Oscar Piastri in the final Prema entry.

Renault junior Piastri started from 11th on the grid after his car stopped twice in qualifying and fought back to claim seventh place, although he loses his points lead to Sargeant.

MP Motorsport’s Bent Viscaal picked up his second points finish of the year in eighth place ahead of the lead Carlin driver, Clement Novalak.