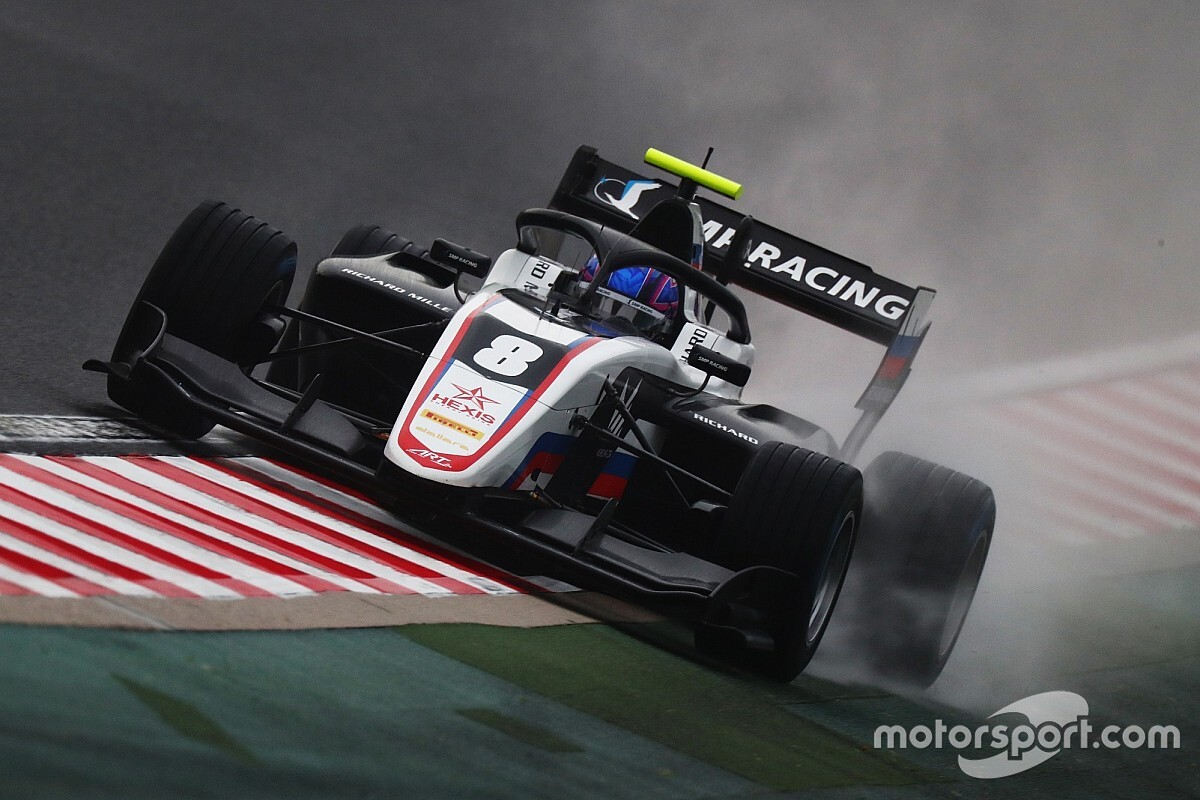 Smolyar resisted race-long pressure from Beckmann to secure his first F3 triumph after starting from reverse-grid pole, but attracted the attention of the stewards for his tactic of weaving along the Hangar Straight to try and break the tow.

The ART Grand Prix driver’s tactic was ‘noted’ by the stewards after a particularly obvious example on lap 16 of 20 and was investigated post-race.

It was subsequently decided to hand Smolyar a five-second penalty, dropping the Russian down to sixth in the classification and promoting Trident man Beckmann to the top spot.

Carlin’s Clement Novalak moves up to second ahead of Alexander Peroni for Campos, the Australian claiming his second F3 podium finish.