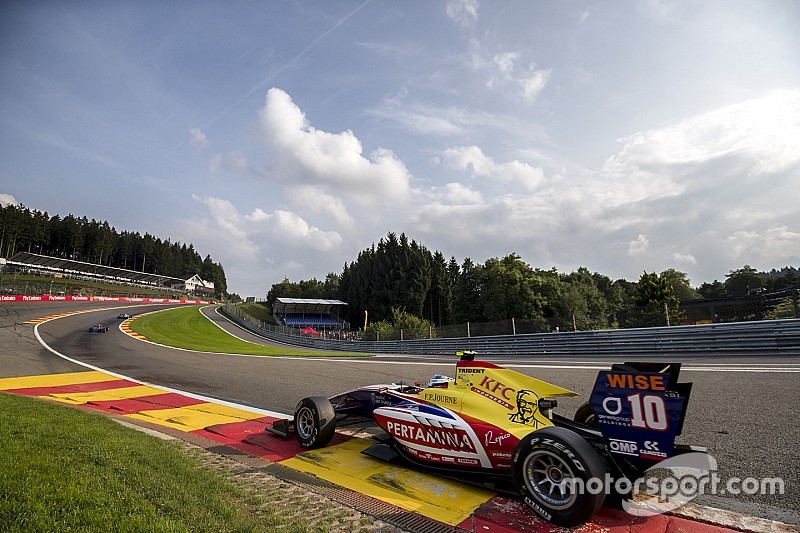 Alesi took the lead off the line from second, having had a better getaway than pole-sitter Julien Falchero, and led for the rest of the race.

Falchero held on to second for five laps before Alesi's teammate Ryan Tveter overtook him.

Russell then passed both, but was 2.8s behind Alesi with four laps left, and couldn't get close enough to challenge the Ferrari junior, the gap even increasing to 3.3s by the finish.

Mercedes protege Russell extended his points lead from 22 to 34 as Jack Aitken retired. The Renault protege was up to fifth from seventh after the start and quickly started to challenge Dorian Boccolacci.

However, as the Briton went to the outside line on the Kemmel straight, he tried to move ahead of Boccolacci prematurely and the duo made contact, puncturing the former's ART and damaging the latter's front wing.

Russell was only ninth after Lap 1, but quick moves on Kevin Jorg, Arjun Maini and Niko Kari and the aforementioned incident put him fourth three laps later.

Behind Alesi and Russell, Tveter completed the podium with Nirei Fukuzumi grabbing fourth.

The Japanese driver was unable to make the same progress Russell did for most of the race only to gain three places during the final few laps.

Falchero had to settle for fifth from pole position, ahead of Maini. The Indian gained a position as Kari received a post-race five-second time penalty for forcing Fukuzumi off-track while defending from the ART driver.

Anthoine Hubert scored two points in seventh from 19th on the grid, ahead of Jorg, Kari and Raoul Hyman.