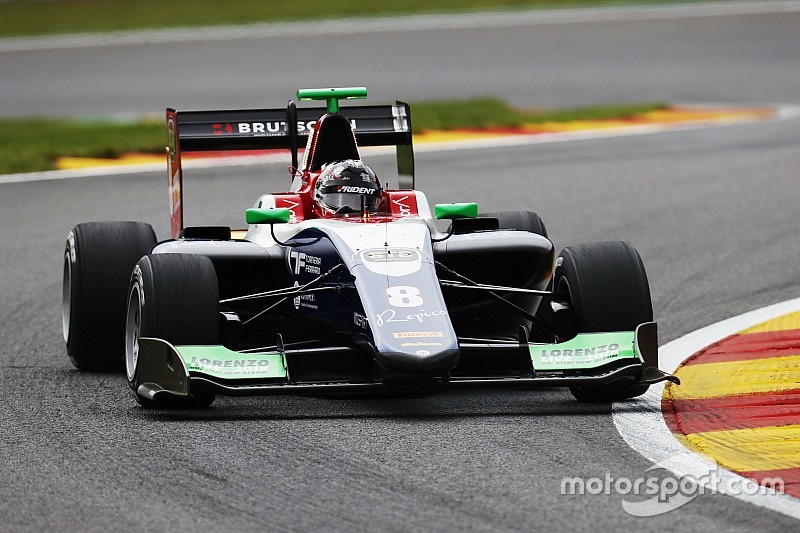 Beckmann, who switched from Jenzer to Trident ahead of the previous round in Hungary, and took his best result of the season in his first race with the Italian outfit, has now secured his first pole position in the series.

The 18-year-old was already out front in the early stages of qualifying, holding a narrow lead over Hubert.

He lost first place to teammate Ryan Tveter with four minutes remaining, with ART duo Jake Hughes and Hubert both spending a few seconds in the lead before Beckmann was back on top again.

The German has posted a 2m04.442s, and was then one of few drivers to improve one more time before the chequered flag fell, to end the session with a 2m04.335s.

Hubert settled for second, 0.144s slower than Beckmann, with Piquet claiming third thanks to a last-second improvement.

Hughes will start alongside the Brazilian in fourth, followed by his ART teammate Nikita Mazepin and Callum Ilott.

In seventh, Simo Laaksonen was the only driver in the top nine not to representing Trident or ART, with Tveter and Giuliano Alesi, who had a time good enough for second place cancelled, taking eighth and ninth respectively.

The top 10 was completed by Joey Mawson, ahead of Tatiana Calderon and title contender Leonardo Pulcini.

GP3 debutant Richard Verschoor was 15th as the top driver of his MP team.