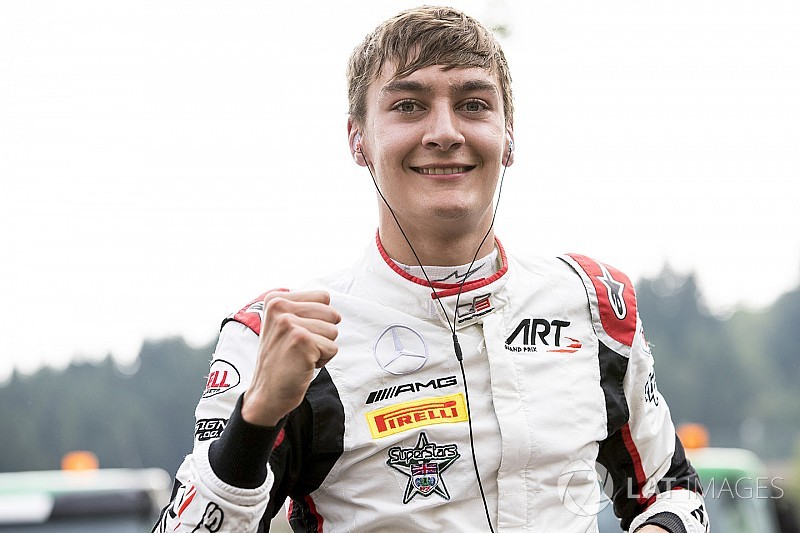 George Russell took a confident third GP3 pole position of the season at a drying Spa-Francorchamps, beating ART teammate Nirei Fukuzumi by nearly half a second.

After the end of Formula 2 qualifying, further rain fell on the Belgian track, meaning conditions stayed wet but drying for the entire session.

Mercedes junior Russell took a lead of nearly two seconds in the first 10 minutes, his time then staying unbeaten until the start of the final runs.

Russell's time was not challenged again, but Maini dropped down to third, as Fukuzumi managed to narrowly outpace the Indian for a front row spot.

The third ART car of Jack Aitken was fourth, followed by DAMS driver Matthieu Vaxiviere, who took an impressive fifth in his only second outing in the championship.

Alessio Lorandi took 11th, the Italian escaping small contact with Russell at La Source, when the former rejoined the ideal line after running wide, and his right-rear tyre touched the ART driver's front-left.