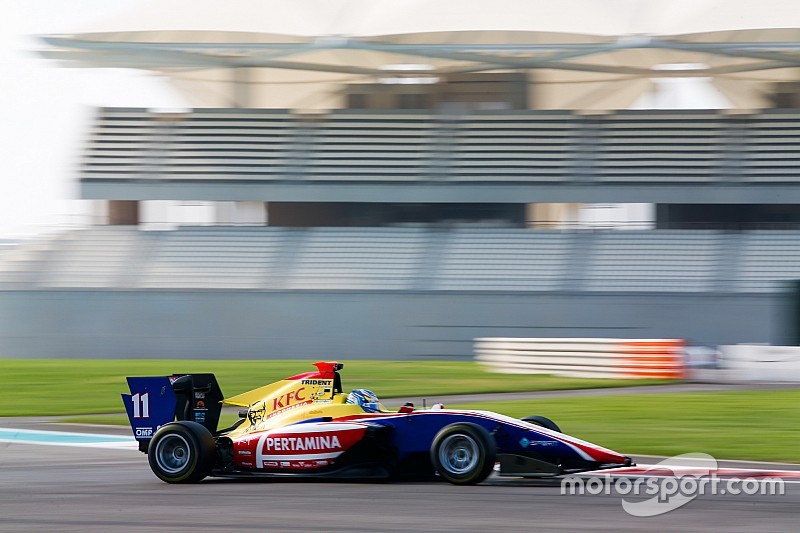 American driver Ryan Tveter will stay with Trident for the 2018 GP3 season, it has been confirmed.

Tveter, 23, was eighth in GP3 as a rookie last year, claiming podium finishes in the Hungaroring, Spa-Francorchamps and Abu Dhabi sprint races.

Prior to that, Tveter was a European Formula 3 regular in 2015 and 2016, with a best result of seventh place across the two campaigns.

"I’m so happy to continue to race for Trident in GP3 and want to thank the team and my supporters for making this possible," said Tveter.

"Last year was a breakthrough season for me and a huge part of that was the support and focused environment in the team.

"Everyone works with common goal of fully supporting the driver to get the best results possible.

"That support really helps you to feel confident in yourself and the car underneath you.

"I narrowly missed out on my first win on a couple occasions, but nonetheless we achieved some fantastic results with great consistency.

"To stand on the F1 podium for the first time was something I’ll never forget and spraying the champagne after receiving your trophy doesn’t get old either.

"The team and I have high targets going into 2018 and I can’t way to get pre-season testing underway."

Tveter will once again have Ferrari junior Giuliano Alesi as his teammate, as the Frenchman was previously confirmed at Trident for the 2018 season.