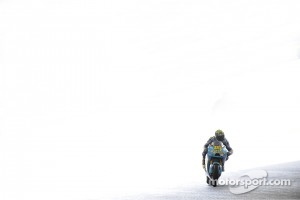 Rizla Suzuki heads to the only Grand Prix in the southern hemisphere this week aiming to make the good work from recent races count at a very challenging circuit.

Álvaro Bautista and his Suzuki team, including the engineers in Japan, have made big steps with the GSV-R this year and will now be looking to make more improvements at the 4,448m Phillip Island circuit. Bautista has scored a number of top-six results this season and was running in fourth place last time out in Japan, before a crash robbed him of what looked like being his best result so far this season. He is determined to make amends for the disappointment at Motegi at a circuit that he has tasted success at previously - Bautista won the 125cc race at Phillip Island in 2006, on his way to the world title ,and has also taken two second places in the 250cc category.

The Phillip Island circuit is situated near Melbourne in the state of Victoria and is one of the most southerly points of Australia. Inclement and very changeable weather can play an important part in the weekend’s events, with the chance of the conditions changing from warm sunshine to freezing rain in a short time. The picturesque track is still one of the most beautiful on the calendar, with its enviable position overlooking the sea, and its fantastic layout; it is a race not to be missed for a true MotoGP fan. Its mix of fast corners, changes of elevation and a 900m straight that gives the riders the feeling they are heading directly into the Pacific Ocean makes this one of the most spectacular circuits on the MotoGP calendar. As one of the fastest, most fluid, tracks that MotoGP visits, it continues to provide some of the best racing of the year.

Friday will see Bautista and the Rizla Suzuki men at work for the first two free practice sessions followed by a further practice on Saturday morning. Saturday afternoon will see the Spaniard going all out to secure the best grid positions during qualifying in readiness for the 27-lap race that gets underway at 16.00hrs local time (05.00hrs GMT) on Sunday 16th October.

“I was very disappointed and upset at the end of the race in Japan, because we deserved to hold on to that result after all the hard work everyone has put in. We have to take all the positives from that weekend, and the previous races, and keep working in that same frame of mind in Australia. I know this will be a completely different challenge, but the bike is now working well in all conditions and this weekend will show us how far we have come this season. I missed out on a top-10 at Phillip Island by less than a hundredth-of-a-second last year and I’m sure we can certainly go much better than that this weekend. You never know what the weather will do at Phillip Island, but we’re ready no matter what happens!”