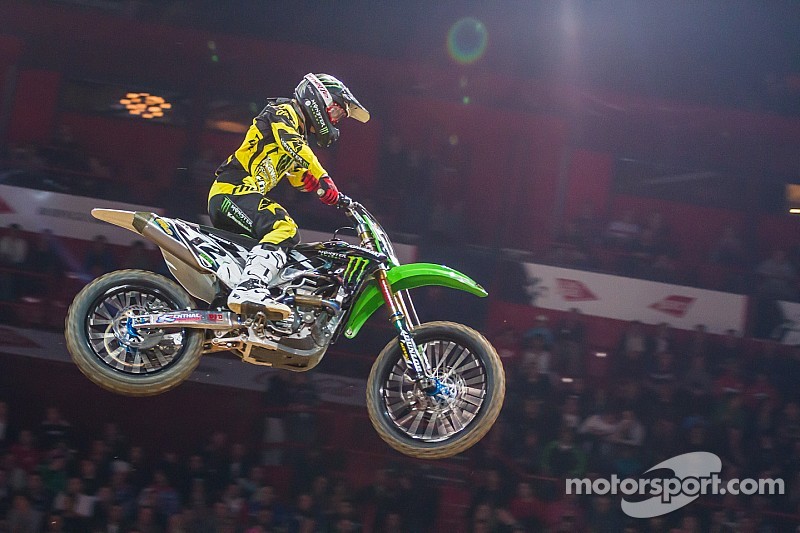 Feld Motor Sports announced today that Toyota will extend its sponsorship as the official truck of Monster Energy AMA Supercross, an FIM World Championship, for the 2015 and 2016 seasons. The 2016 season will mark the 10th consecutive year Toyota has partnered with Monster Energy Supercross.

Toyota has been one of the most active sponsors in supercross history, awarding various trucks to top finishing privateers, Champion's Mechanics and the Dave Coombs Sr. East/West Shootout winner. Being the original automotive sponsor of supercross dating back to the mid 1970s, Toyota's support for the sport has grown year after year.

"Feld Motor Sports is pleased to continue our long standing relationship with Toyota," said Todd Jendro, vice president of two wheel operations, Feld Motor Sports. "We look forward to working with them through the 2016 season and can't wait to see what they will bring to the sport in the next two years. Toyota is considered a pillar in the automobile industry, and are happy to have them involved with Monster Energy Supercross."

Toyota's presence at Monster Energy Supercross has increased each and every year, with Toyota providing some of the most fan interactive and entertaining pit party experiences. The Toyota Zone Pit Party will feature a mix of ever-popular activities and new fan experiences at each race.

"As a longtime supporter of the motorsports community, Toyota is excited to be part of Monster Energy Supercross for another two seasons," said Ed Laukes, vice president of marketing, Toyota.

Toyota teamed up with Joe Gibbs racing in 2008 and recently added former Monster Energy Cup Champion Justin Barcia to the team for the 2015 season. Barcia finished the 2014 450SX season with 11 top-five finishes and made a trip to the podium four times.

Headlining the 2015 Monster Energy Supercross television package will be the first-ever live FOX network broadcast from MetLife Stadium in East Rutherford, N.J., on Saturday, April 25 at 3 p.m. EST. FOX Sports 1 will broadcast 12 races live and FOX Sports 2 will broadcast 3 races live. Each race will include a next-day re-air on FOX Sports 1. In addition, the authenticated Fox Sports Go app will live stream each race.