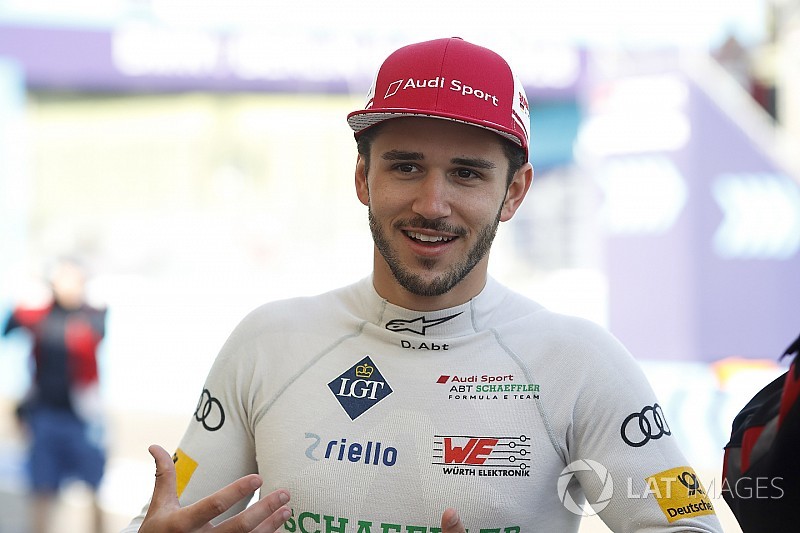 Audi driver Daniel Abt has kept pole for today’s Formula E race in Berlin despite inadvertently being in the 200kW power mode before his first flying lap in qualifying.

Abt was investigated as his car was intermittently in the 200kW setting for around 350m prior to the start of the final sector ahead of his flying lap in Saturday’s group qualifying running.

According to Article 33.3 of FE’s sporting code, drivers are only allowed to activate the full power mode in the final sector ahead of their laps in qualifying and Super Pole.

Although Abt and his Audi team could not explain why the 200kW setting had been activated early, the stewards elected not to impose a sporting penalty as he did not gain a performance advantage.

But Abt has been handed a formal reprimand as a result of the incident.

“The stewards received data from the technical delegate that showed car 66 intermittently at 200kW over a distance of about 350 metres prior to the beginning of the last sector,” read an official bulletin.

“The stewards heard from the driver and team manager who could not explain how this happened under their operational process.

“The stewards understand that this regulation is in place for reasons of battery longevity on this circuit.

“This early usage of maximum power does not lead to a performance advantage for the car on its fastest lap.

“Accordingly, the stewards feel that a sporting penalty is inappropriate in these circumstances.”

Abt will therefore line-up on pole for his home race ahead of NIO’s Oliver Turvey and championship leader Jean-Eric Vergne.

Techeetah driver Andre Lotterer qualified 18th but will start last due to the 10-place grid penalty he received as he was adjudged to have caused his collision with Sam Bird in the closing corners at the previous round in Paris.

But as Lotterer can only drop two places from where he qualified – elevating Luca Filippi and Nico Prost from 19th and 20th – he will serve a 10-second penalty during his mid-race car swap.