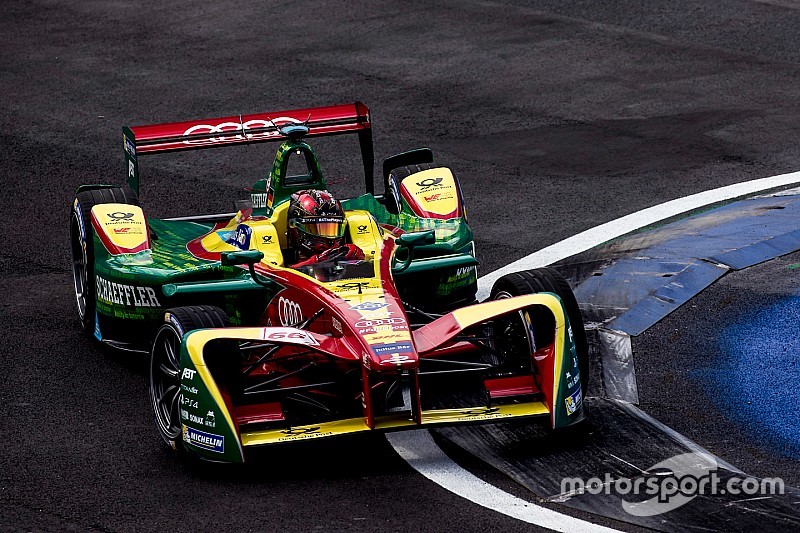 Daniel Abt has lost his pole position for today’s Mexico City ePrix after being penalised for a tyre pressure related infraction.

The ABT Schaeffler Audi Sport driver has been sent to 18th position on the grid, meaning that NEXT EV driver Oliver Turvey will start from his first-ever Formula E pole position later today.

Jose-Maria Lopez now moves on to the front row of the grid, while Jean-Eric Vergne (Techeetah) starts third and Nick Heidfeld (Mahindra) fourth.

The car with which Abt set the pole position time failed to comply with the minimum tyre pressure of 1.60bar.

The pressure breached article 25.11 of the 2016-17 Sporting Regulations. This dictates that ‘All competitors must comply with the working ranges of the tyres (minimum and maximum camber, minimum cold and hot pressure) as communicated by the tyre manufacturer before the end of initial scrutineering.’

Faraday Future Racing driver Jerome d’Ambrosio has also been handed a penalty for the same issue and will start the Mexico City ePrix from 19th and last on the starting grid after originally qualifying in ninth position.