Abt "stood up" to declare Paris overtaking plan to Audi 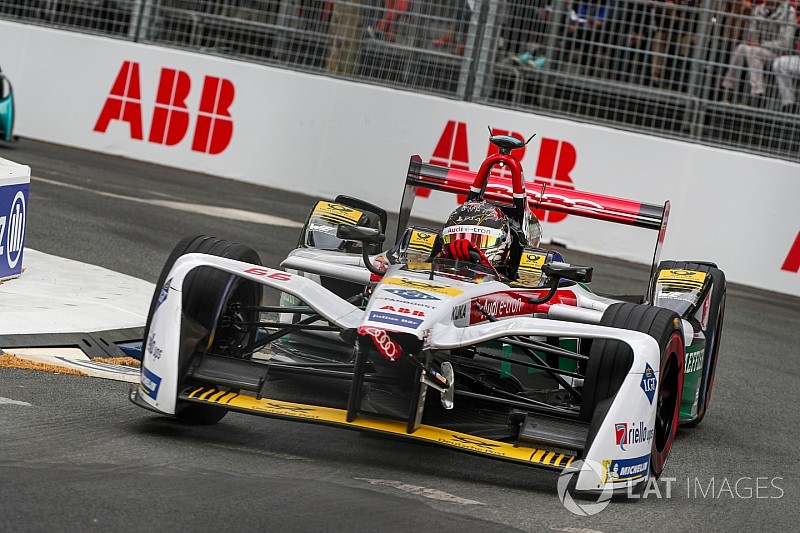 Daniel Abt "stood up" and declared his intention to overcome the narrow Paris track and overtake during last weekend's Formula E race, according to Audi team boss Allan McNish.

Abt rose from 14th on the grid after being "super annoyed" about his qualifying result and finished seventh thanks to a series of bold overtakes.

McNish praised Abt's efforts, which came two weeks after he went from ninth to fourth in Rome.

"For Daniel, it was stunning," McNish told Motorsport.com. "He stood up in our meeting beforehand - I was saying about difficult passing - and he said 'no, I can pass'.

"He was very bullish about it and Lucas [di Grassi] was in a different position, being sixth [with a long first stint strategy].

"But Daniel executed it and didn't lose too much energy - he was very good there."

Abt explained that he initially held back at the start of the race, which was won by Jean-Eric Vergne, before commencing his charge through the pack.

"We were discussing quite a bit because it's super hard if you are starting on the back," he said.

"You can always come up with a strategy but after Turn 1 you could be four places down, four places up, everything changes. So, we said 'let's just keep it cool' [at the start].

"I tried to attack because I thought it was important for me to not be defensive or anything but to really try to move forwards and it worked out the way we wanted.

"So on strategy, we didn't need to go crazy long or crazy short - it was more or less an average strategy and I think it was the right choice."

Abt had looked set to finish sixth - which would have been fifth following the last-gasp collision between Andre Lotterer and Sam Bird that dropped the Techeetah driver down the order - but he had his own final tour coming together with Sebastien Buemi.

Renault e.dams driver Buemi finished fifth after the incident, for which each racer blamed the other.

"It's the last lap - he opened [the door] in the tight corner so I went on the inside," Buemi said. "We touched - it looked like he stopped there, I don't know what happened.

"I thought he would close the door, basically, but somehow he opened it."

Abt argued that: "Buemi got close and then on the chicane I was half defensive and he just dived in and hit me on my sidepod and almost put me in the wall.

"I had to stop on track, go full-lock, turn the car around and then I almost [didn't] make it to the end because you over-consume so much once the car stops like that.

"You have to take so much energy to re-accelerate that I had the same issue like Lotterer after Turn 10. I had to shutdown so was just coasting, but I had a good gap - that was my only saviour."