Analysis: Formula E and the real race against time 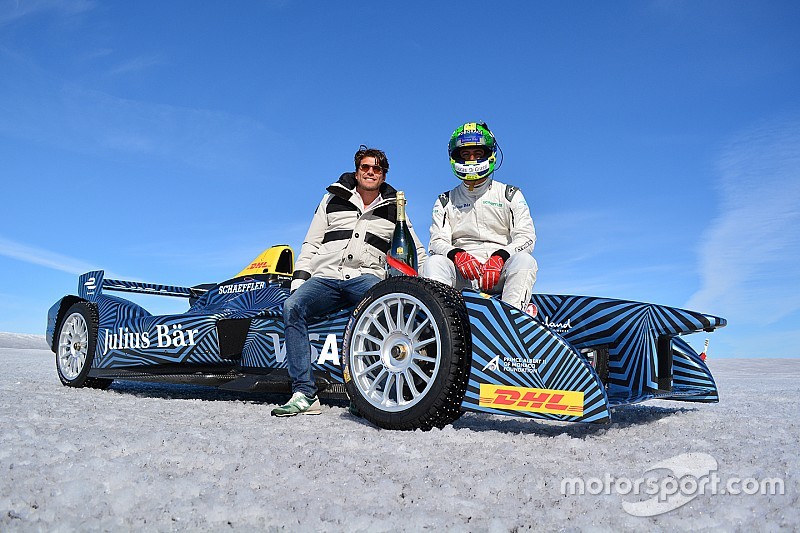 Last week, Leonardo Di Caprio released a new film called ‘Before the Flood.’ It includes a scene in which Di Caprio implores the United Nations to pick up the pace on acting on the mega-use of fossil fuels, which have essentially powered the world for the last 150 years.

“Try to have a conversation with anyone about climate change and people just tune out,” says Di Caprio, a co-owner of the Venturi Formula E team, during the film.

“If the UN really knew how I feel, how pessimistic I am about our future, I mean, to be honest, they may have picked the wrong guy.”

The crusading elements of Di Caprio’s conviction are impressive. In the world of motorsport, Formula E is doing much to emphasise the growing need to look after the planet while pursuing something which can spread key messages on many fronts to millions of eyes across the globe. 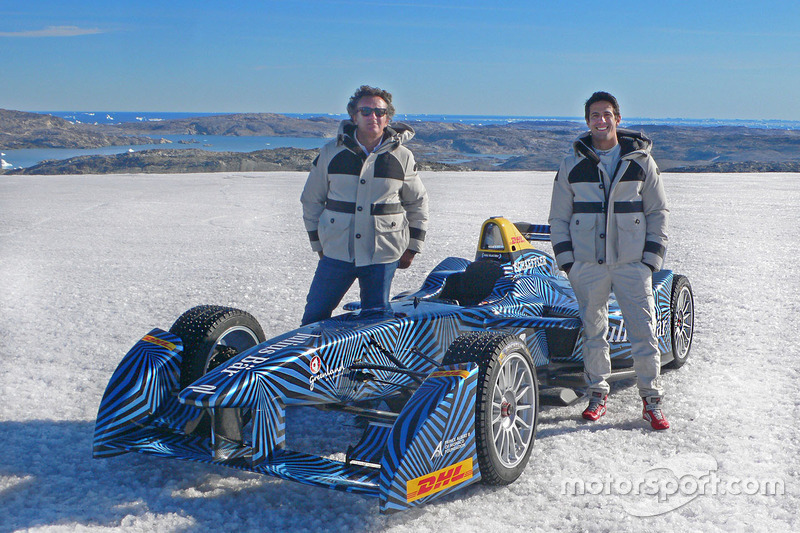 This weekend, the second round of the third season of the all-electric series takes place in Marrakesh, Morocco. It is specially placed this weekend to take place in the middle of the COP22 event.

The COP stands for the “Conference of the Parties.” It is the supreme decision-making body of the United Nations Framework Convention on Climate Change (UNFCCC) and it has an action framework to fight global warming.

As di Grassi states later in this feature, the facts are that electric transportation is more efficient, both economically and environmentally. The big question is: will new generations ‘dig’ cars and car culture?

As the pace of electric technology gathers even more momentum, there are significant challenges. For example, a recent report from Amnesty International found that lithium (a vital mineral for battery production) mining has been linked to water pollution and depletion, especially in South America.

These and many other issues have to be addressed if EVs are to take off as expected. Bloomberg New Energy Finance recently forecast that 41 million EVs will be sold per year by 2040. The rub-off for motorsport, a key marketing tool for manufacturers and electrical engineering giants, is set to be enormous.

The day after this weekend's Marrakesh race, the film of Formula E’s visit to the ice cap and how they brought attention to its plight will be premiered to a host of politicians, scientists, environmental experts and other dignitaries.

Motorsport.com will also be at the screening, but prior to that, we wanted to get an idea about what several key members of the Formula E paddock believe Formula E is contributing to the environmental message and how it is shaping a new strand of the sport for the coming decades. 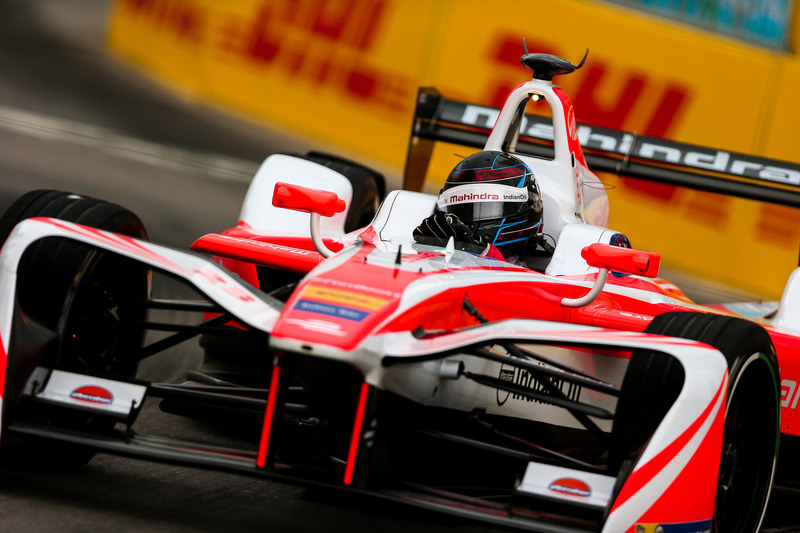 “I think young people are getting more and more inspired by Formula E because it taps in to their way of living. When I started in motorsport in the 1990s it was so different. The awareness of efficiency and of cleaner engineering and technology was almost non-existent, it was just starting.

"Nobody knew racing could be done in a different way. In schools and colleges now this cleaner way of engineering is taught and of course it suits the next generations lifestyle more, so it makes perfect sense that they are attracted more to Formula E and this type of racing.

"Bringing Formula E into the cities was a fundamental starting point in order to bring racing to new fans. Formula E makes a lot of sense to urban areas and people who live in large modern cities. The first race in Beijing was important because pollution there is high.

"If you look at the fans that you see at Formula E, they are quite different to F1 fans. There is a younger crowd and I think the [lack of] noise helps this. There are more families who can get the train or metro there. They don’t have to undertake a long journey or camp. It is also value for money and efficient in the sense you only have to take a day out to go there.

"Times are changing very, very quickly. It is all about timing. I think the timing of Formula E three years ago was perfect. Some thought it wouldn’t work, some thought it might. It did work and now the manufacturers are in and full on.

"Motorsport should always pick up new things earlier. Like the Roborace plans. Maybe it is too early for some people to understand but I am fairly sure in the near future it will be at least some part of motorsport.” 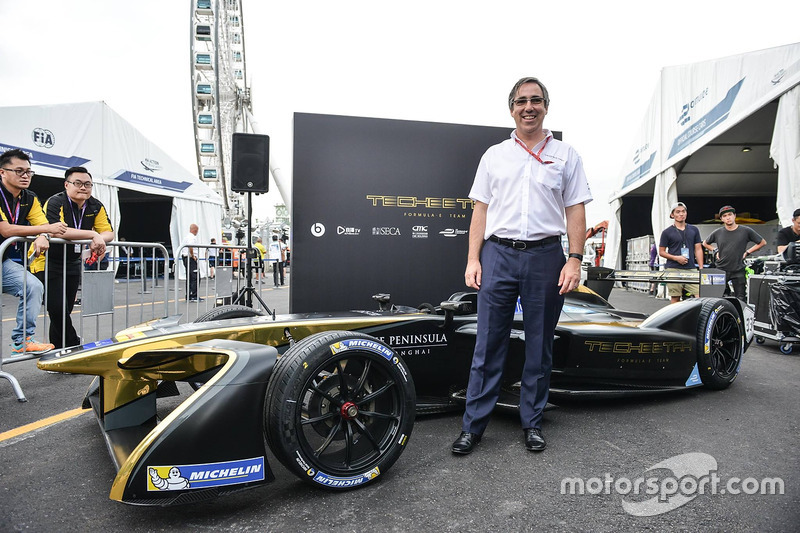 “If I really think about when I left university to now when the new generation of young engineers is coming through, you have to ask yourself the question: 'would I be studying the workings of the internal combustion engine for my future work’? When I was at University, that was the only thing I thought about - well, obviously, V8s as I’m from Australia!

"All the bright young people I meet now who are interested in engineering are looking at what is going to be happening in 30 years’ time. Predictions are that oil will essentially be redundant in automotive applications, we have Germany saying they will ban internal combustion engines in 2030 and there are so many other things on the horizon where definite changes are happening.

"The pace of change now is so quick. Even when we started Formula E with Super Aguri in 2013, we didn’t really know what was going to happen. I would say that the technology and the way it will shape modern engineering is a given now. It is accepted by the manufacturers. The genie is out of the bottle and it isn’t going back in it.

"There has been a step change in the views of the public. The mind-set has been moved and we now even have autonomous transport coming in a big way. Electric engineering in automotive and motorsport is now a movement and a very powerful one because it is so relevant to future mobility and the way society travels and will be travelling in years to come.

"When friends of mine have come to a Formula E race and brought their kids, it is plain that their eyes open up. It is the type of racing where six-year-olds can stand close to the fence and look at the cars and not wear ear defenders, they can also talk and discuss what they are witnessing - which sounds like a small point, but actually when you think about it, traditional motorsport is probably the only sport where you can’t share the experience with a conversation while you are experiencing it.

"If kids go home and talk about what they have seen and start asking questions to their parents, then that sets a big ball rolling. When I was a kid, it was recycling and the ozone layer, things like that. Now they’ll start to look at Formula E and make the link to road cars that offer electric technology, that is a good thing for the environment and a more efficient way of living your life.” 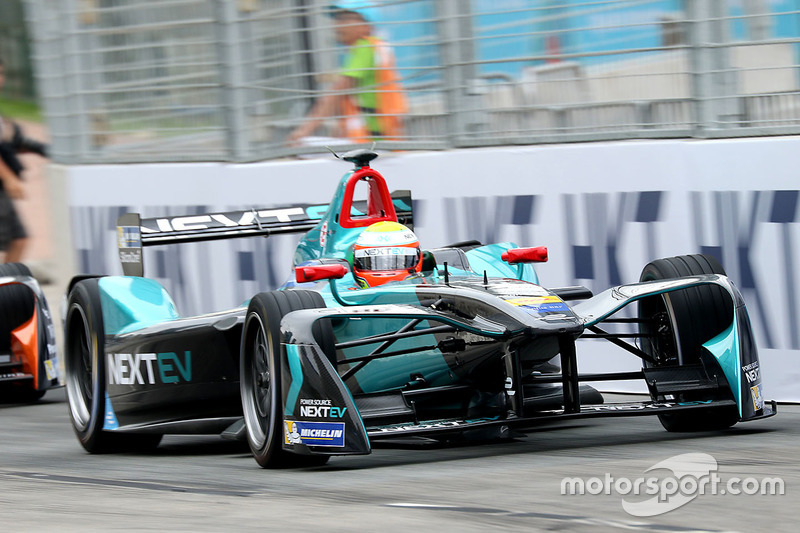 “Formula E offers a lot of opportunities for young engineers to dictate and grow this strand of the sport now. There are so many areas within Formula E that can be developed and it offers so many opportunities that it naturally attracts a younger demographic.

"It changes your perspective on things because it shows you can do motorsport in a sustainable way. I think it engages people to be more efficient in their lives generally. People are living in a much more structured and organised fashion, and this is reflected in the way our sports will operate in the future more and more.

"At the end of the day, we have to look after the place where we live. We should all be doing something to help this process. The kind of technology we see in Formula E will be able to benefit everyone in the future in developing electric cars for the road.

"As future transport solutions for the future go, it seems to me that electric will be a major solution for cleaner methods of getting around.” 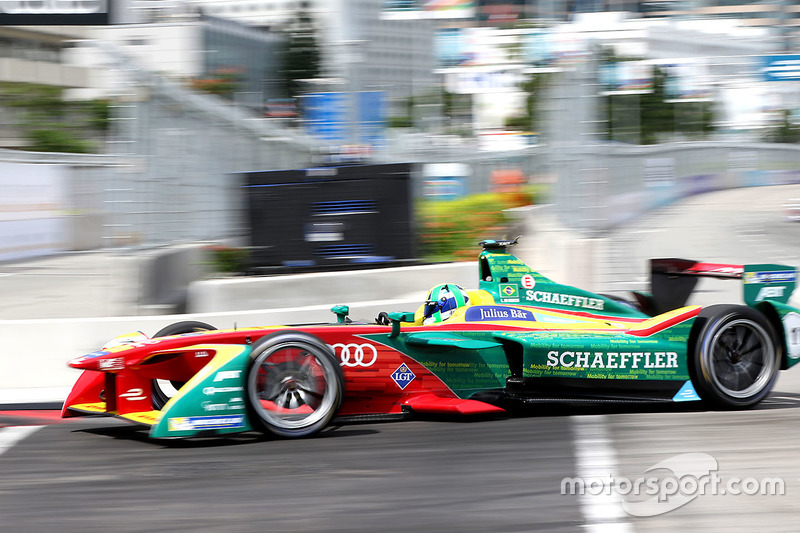 “There was a very clear message when we went to Greenland, and it was to get a sense of using more electric cars on the road and how important that is.

"When I had my first F1 test, I was 19 and it was a V10 normally aspirated engine. The power and the noise was sensational, but for me what is equally amazing is how quickly motorsport has changed in the last 10 years.

"It is hard for people to adapt and to see how important it is to change. That is why we did this stunt, to highlight that the future is electric mobility and it is vital to get people engaged as quickly as we can.

"The facts are that electric technology is so much more efficient than the internal combustion engine. It is economically and environmentally better to drive electric. It makes sense on so many levels.

"It actually took someone like Tesla to show how quickly electric technology can evolve, but it was still created way before its time, just like Formula E to some extent came way before it was accepted. It coincided with people starting to believe that electric was the way forward.

"It is not the fans that will fall in love Formula E immediately, it will take time and automakers coming to Formula E before a large number of people follow and realise how good it is. It will take time for traditional hardcore motorsport fans to like Formula E, of course it will.

"But more important is to get this current generation which is not linked or has a deep passion for cars anymore because their transportation choice is changing with things like Uber. To own a car will not be a priority anymore, and therefore, naturally, motor racing will suffer to some extent. So what we need to do is get the interest of the new generations to make sure they keep the interest in racing alive in the longer-term.

"The biggest challenge with a new technology is to change people’s habits. For the majority of people who own a combustion engine car to change to electric and the cultural change this takes will take a long time.

"You can see that with any disruptive technology that it is already here but it takes a long-time to embrace. How long did it take home computers to be in most homes? It took years. I think this will be quicker but there are no guarantees.”

Renault e.dams’ next challenge is the Marrakesh ePrix