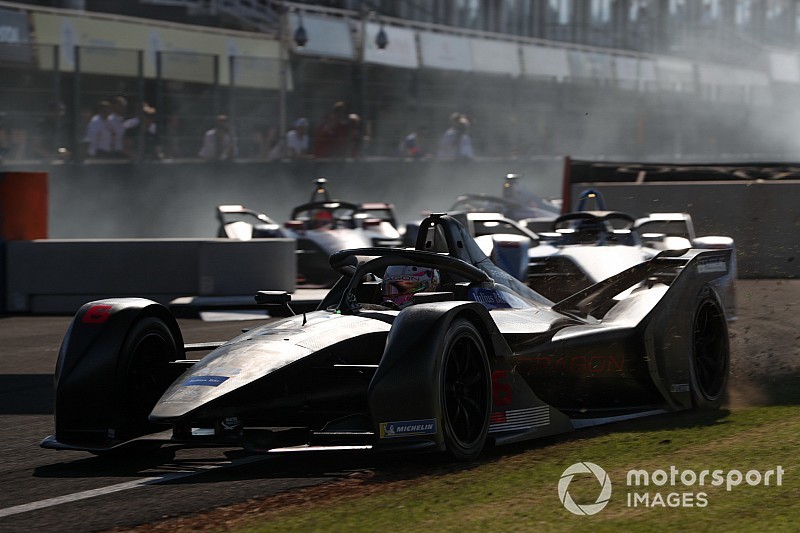 Ferrari Formula 1 junior driver Antonio Fuoco has joined the Dragon Formula E team as test and reserve driver ahead of the 2018/19 season.

Fuoco, who currently races in Formula 2 with the Charouz Racing System squad and is seventh in the championship ahead of the final round of the season, drove for Dragon at FE’s pre-season test at Valencia last month.

He shared duties alongside Jose Maria Lopez with fellow F2 racer Maximilian Gunther, who will partner Lopez in Dragon’s race line-up for the coming campaign.

“I had the opportunity to test this car - also because GEOX [Dragon’s new title sponsor] is pushing to have an Italian driver on the team where they work, let’s say,” Fuoco told Motorsport.com. “I did the test in Valencia - I think it was quite good, I was quite quick. And now my role is to help the team to develop the car, to work on the simulator and just to wait and be ready.

“I hope also to race because I want to race, but we just need to stay calm [for now].”

Fuoco took part in half-day runs on the second and third days of the Valencia test, where he finished with the 21st fastest overall time out of the 24 runners to set a time.

He had also been set to drive during the afternoon of the opening day of the test, but could not take to the track due to a technical problem with the car he shared with Gunther.

The 22-year-old has raced in F2 for the past two seasons – first with Prema Racing in 2017 alongside future Ferrari F1 driver Charles Leclerc.

When asked if FE would be his sole motorsport commitment in 2019, Fuoco said: “No, we are discussing with Ferrari for the future. Maybe soon I will know and I can say what I will do in the next year [in terms of racing]. But my focus now is Formula E and Ferrari.”