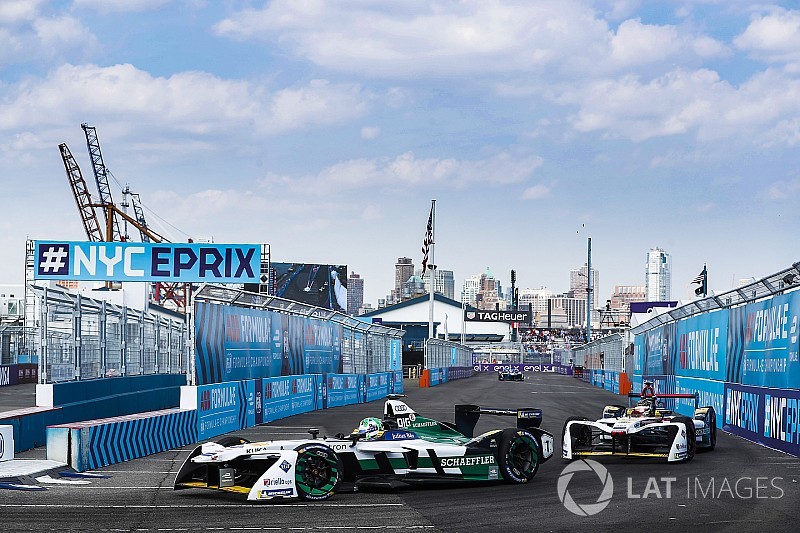 Audi says the team orders row that threatened to overshadow its one-two result in this weekend’s opening Formula E race in New York was caused by a “miscommunication”.

Daniel Abt led most of the first half of the race for the German manufacturer before he was overtaken by eventual race winner Lucas di Grassi following the car swap sequence. Abt moved to fight back at di Grassi but was called off by a team order.

In the immediate aftermath of the race Abt said he was under the impression that he would not be attacked by his team-mate before or after the car swaps.

“I’d been told probably every lap ‘don’t take any risks’, and we didn’t take any risks anywhere,” he told Motorsport.com. “So, for me, there was no need to be on the limit everywhere because that’s what I’d been told, that was the command from the pits. Unfortunately, I paid the price for that.”

But di Grassi insisted he had not been given an order from the Audi pits until much later on.

“There was a miscommunication there or a misunderstanding,” he told Motorsport.com. “Because there was clearly no message.

“I heard that from Daniel and he said that to me, [but] that’s a misunderstanding on that side because – clearly we didn’t want them to risk each other – but there was no team order, if you want to call it a team order, until later on.”

McNish explained that the call to end the intra-team battle during the second stint was because of a threat from the charging Techeetah pair Jean-Eric Vergne and Andre Lotterer if a safety car – which did come out due to Alex Lynn’s crash – appeared.

Audi is fighting Techeetah for the team's title, and is now only five points behind going into today's final race.

“It was just basically, ‘guys, hold yourselves’,” he said. “We were under threat if there was a safety car – honestly that was where the concern came from – with the energy that JEV and Lotterer had, then we were a risk.”

When di Grassi passed Abt for the lead the two drivers came close to contact after briefly touching a few corners earlier.

While Abt was clearly unimpressed by his team-mates driving – calling it “definitely not a ‘no risk overtake’” – he said he would try to move on from the incident.

“I’m not going to start a fight with him now. It’s a team matter that we need to discuss, speak openly about it and come up with a better solution for the future.”

Explaining his pass on Abt, di Grassi said: “Daniel did a mistake in corner six. I made a move again to overtake. It was very good.”