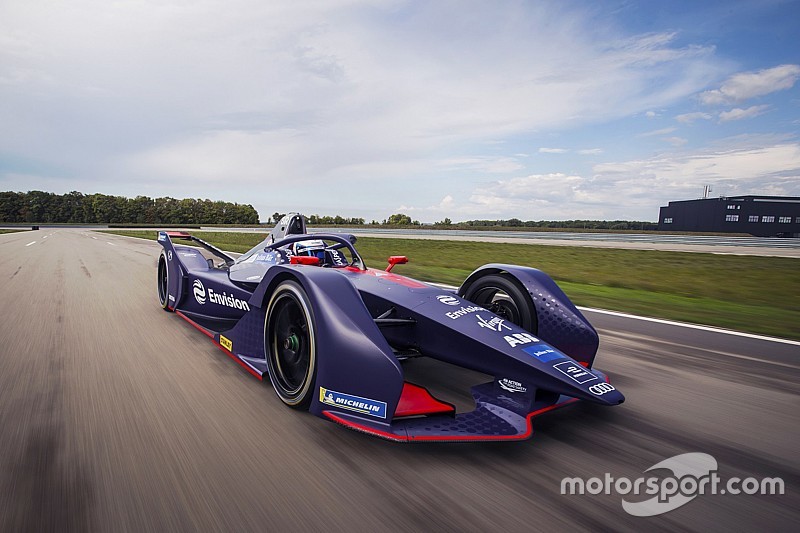 The Audi Formula E manufacturer team gave three days of its private testing allocation to its new customer squad Virgin Racing ahead of season five, according to Sam Bird.

Virgin split with DS Automobiles at the end of the 2017/18 championship after three seasons and will use Audi e-tron FE05-powered cars from the 2018/19 campaign.

Manufacturer-backed teams and works squads are allowed 15 days of private testing per season while customer outfits receive only the three days of official pre-season testing at Valencia.

But Bird explained that Audi had "Very thankfully gave us a few days of their allocation".

"I don't think [that] happened with Techeetah and Renault [a 2017/18 customer arrangement] previously," Bird told Motorsport.com.

"So we have driven the car [already], we've got three days in Valencia, so we will have had six days of testing before we get to Riyadh [for the first race].

"And if the package is as good as I hope it will be then six days will be enough to at least score decent points on our debut."

Bird also is confident that being a customer team will not be a disadvantage for Virgin, as he reckons Audi is "ahead of the game".

"I believe that [Audi motorsport boss] Dieter Gass wants all four Audi cars to be at the front," said Bird.

"And I believe he will be giving us the components and software and hardware to be able to do that.

"Audi, throughout Formula E so far, are proving themselves to be an extremely competent outfit.

"It showed last year when they really got their teeth into the project as a manufacturer – they were ahead of the game.

"Once they got rid of their gremlins in Lucas [di Grassi's] and Daniel [Abt's] cars they were so fast and so efficient, so it's exciting to know that we've got the same equipment as those guys underneath us."