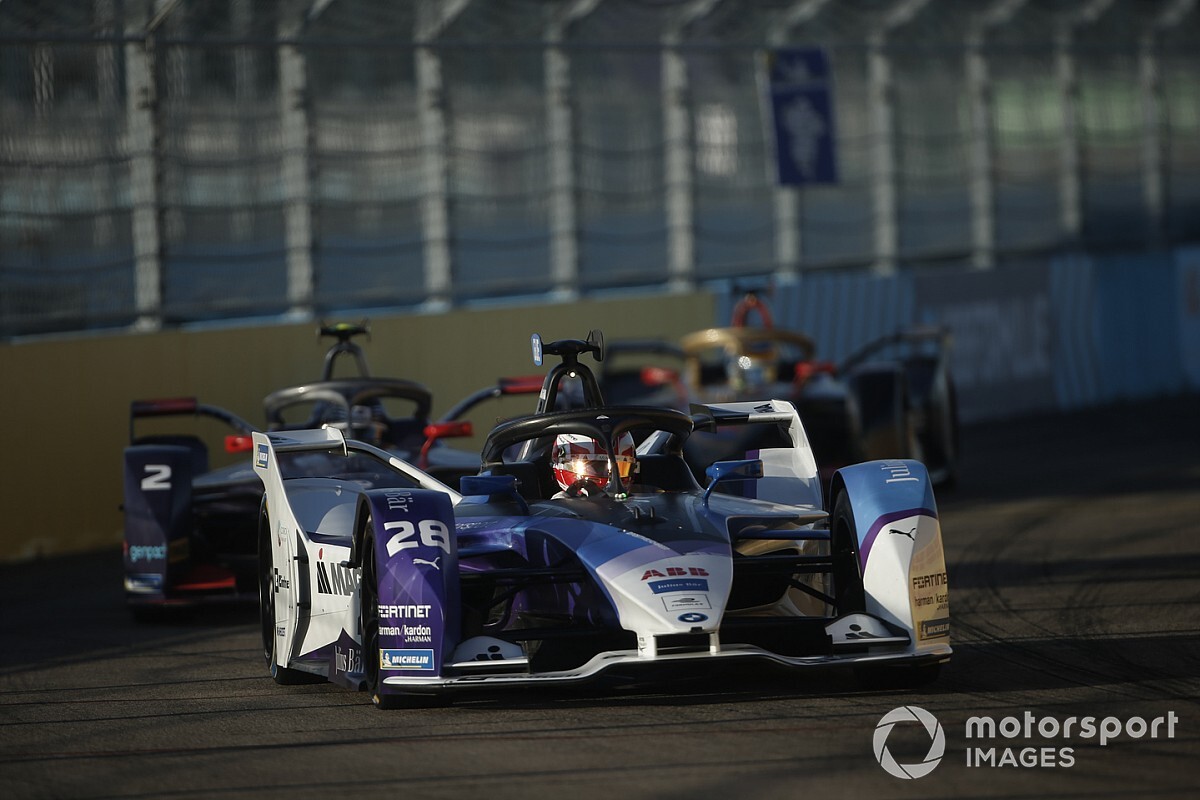 Gunther, 22, managed his energy expertly to mount a late surge and pass Vergne but was forced to defend from Frijns in the final corners to score his second series win.

A strong getaway for Jerome D’Ambrosio in third meant he passed Gunther into Turn 1, which allowed DS Techeetah driver Vergne to escape by an early 2s advantage. Gunther returned the favour on D’Ambrosio on lap two, sending his car up the inside of Turn 6 in an opening phase that became processional until a multi-car crash on lap 11.

Alexander Sims lunged down the inside of Sergio Sette Camara into the Turn 9 hairpin but the Dragon driver ran too deep and spun James Calado.  As Sette Camara recovered to exit the corner he suffered a quick drive failure and pulled over to the inside of the track to keep off line.

Here, however, he tagged Calado’s Jaguar team-mate Mitch Evans lightly. In turn, that left Porsche driver Neel Jani with nowhere to go and he clattered into the side of Sette Camara, and both retired.

Once the safety car peeled in, Vergne would activate his first of two 35kW attack mode boosts to build a comparatively comfortable 1.7s cushion over Gunther.

When Gunther’s second attack mode ran out more than a minute ahead of Vergne’s it looked as though he had squandered his chance for the victory. But a malfunctioning re-gen paddle for Vergne meant he over-consumed energy while using the higher power mode, which dropped him into the clutches of Gunther.

On lap 30, Gunther – who this season has either won, finished second, or failed to score a point – lined his car up out of the final corner to get a great drive and sail past into Turn 1. After a brief wheel-bang, Vergne still had the inside line to reclaim his position after the shortest of stints in second place.

That left Gunther to tuck into the DS Techeetah’s slipstream and save energy, at the expense of rising battery temperatures.  Vergne defended into Turn 6, which afford Gunther the opportunity to cut back into the next corner and from there he took the lead.

Envision Virgin Racing driver Frijns, meanwhile, had a 1% energy cushion in hand over the top two and demoted Vergne into Turn 1.

Frijns, who started fifth, ran Gunther close and attempted to pass at Turns 9 and 10 on the final lap but missed out by just 0.128s across the line.  That left Vergne to fight off his runaway points-leading team-mate Antonio Felix da Costa to complete the podium.

Da Costa was content to maintain eighth in the first half of the race but picked off Alex Lynn with a dummy into Turn 10 and then gained another place when nearest title rival Stoffel Vandoorne sustained a puncture.

The late DS Techeetah scrap allowed Andre Lotterer to close, but he would stay behind in fifth ahead of Nissan driver Oliver Rowland and D’Ambrosio.

The Mahindra Racing pilot’s early promise was overturned by his poor attack mode timing, which meant as he returned to the racing line he was boxed in and dropped back.

Lucas di Grassi was lucky when the stewards decided it was Felipe Massa at fault in their Turn 1 shunt – which spun di Grassi after his heavy defensive swerve across the front of the Venturi – and he finished eighth.

A late string of fastest laps finally delivered the return of Jaguar’s pace, enabling Evans to finish in ninth ahead of Sims.