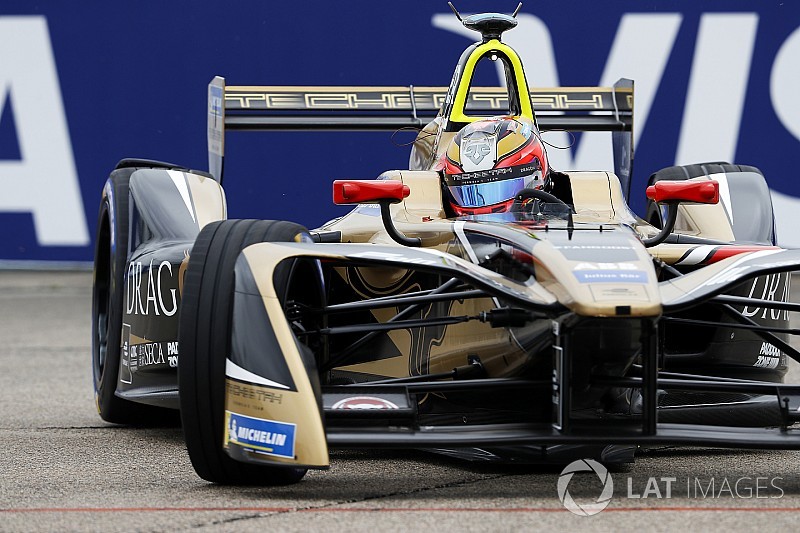 Audi driver Lucas di Grassi held the top spot for much of the 30-minute FP2 session – where all drivers except Nick Heidfeld improved their best times from Saturday’s earlier 45-minute FP1 running.

As FP2 entered the closing stages, most drivers went for a second full-power lap on 200kW, with Rosenqvist deposing di Grassi at the top of times.

But Vergne, who had flirted with the barrier at the exit of the high-speed Turn 7 left-hander earlier in the session, swept around the Tempelhof Airport track to set a best time of 1m09.438s.

The put him 0.095s clear of Rosenqvist, who is third in the title standings 61 adrift of Vergne.

Vergne’s Techeetah teammate Andre Lotterer leapt up the order to grab third place in the overall practice times with a late improvement.

Audi’s home driver Daniel Abt was sixth, with Jerome d’Ambrosio seventh for Dragon.

Heidfeld topped the times in FP1 with his lap of 1m09.697s, which put him eighth in the combined order after FP2, where he was 12th fastest.

Tom Dillmann was 19th quickest in the combined practice times for Venturi as he replaces Edoardo Mortara, who is racing for Mercedes in DTM at the Lausitzring this weekend.

Stephane Sarrazin – replacing Tom Blomqvist at Andretti for the rest of the FE season – ended up 20th and last in the combined practice standings.

The veteran Frenchman caused a lengthy red flag in FP1 when he went into the barriers at the long, circular Turn 1 left-hander, a result of his throttle still being partially engaged when he hit the brakes for the corner.

Why Formula E is racing in Saudi Arabia