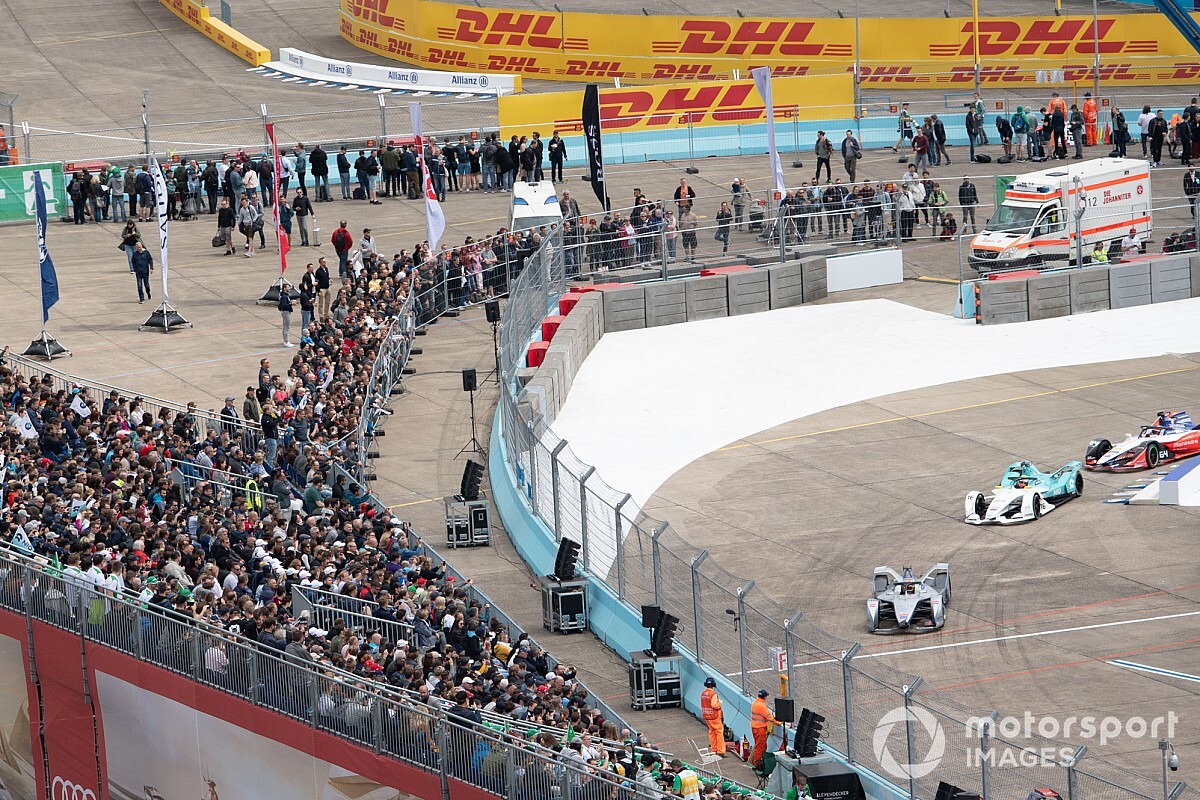 Formula E will extend its current coronavirus-enforced suspension of the 2019-2020 season until the end of June, which means the Berlin E-Prix has now been officially postponed.

The FIA and the championship announced an initial two-month suspension of the calendar last month and introduced a colour-coded flag system. June and July were initially ruled to be green flag months, meaning the Berlin E-Prix on 21 June was set to mark the resumption of the FE season.

But in a statement issued by FE, June has now been downgraded to a 'red' month, while July – which is when the New York and London races are due to take place – has been given 'yellow' status.

The statement read: “With strict containment measures continuing to be put in place globally by governments to limit the spread of the coronavirus pandemic, Formula E together with the FIA have jointly decided to extend the season suspension until at least the end of June. Formula E and the FIA continue to use its flag-based system to determine the status of each race.

“A red flag representing that no races will happen, a yellow flag indicating a time window to potentially restart racing and a green flag meaning we are ready to race again. We can now confirm that red flags have been applied to the months of May and June, meaning the Berlin E-Prix can no longer take place as originally planned on June 21.

“July has now become a yellow flag month, with the opportunity to host events or reschedule races remaining open should the coronavirus situation stabilise.”

Series CEO Jamie Reigle said yesterday that FE was in contact with the London ExCeL Centre to discuss delaying the date of the double-header event if it is to remain at the venue. Both the London Docklands site and the Brooklyn facility used for the New York E-Prix have been transformed into temporary hospitals amid the pandemic.

Reigle also tabled the idea of FE hosting a British round of the championship in a last-minute alternative location.

The statement continued: “We aim to return to racing as soon as possible, but our priority in all decision-making must be the health and safety of our staff and the entire Formula E community of teams, manufacturers, partners, drivers and fans, as well as the citizens and residents of the cities in which we race.

“We are assessing all available options in order to finish the season with the highest number of races possible. This contingency planning continues to explore staging races behind closed doors, using permanent track facilities, introducing new double headers and extending the season beyond its original end date.

“Ticket holders for the Berlin E-Prix will be contacted with further information in due course.”

FE has also announced the launch of a nine-race Esports series, which is due to begin on Saturday. So far, 14 of the official FE drivers are confirmed to take part.