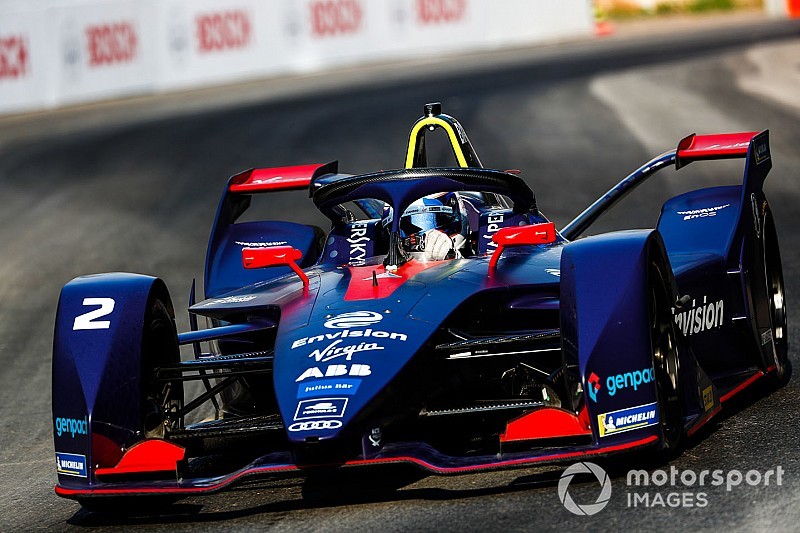 The FE teams were handed extra slots if they ran a female driver in addition to their regular racers on the day, with only Audi and Jaguar fielding a single-car entry.

Bird set a best time of 1m09.668s around the 1.5-mile circuit, which was 0.876s quicker than the lap his teammate Robin Frijns posted to top the morning running.

Oliver Rowland put Nissan e.dams third in the car he shared with Carmen Jorda during the afternoon, 0.483s slower than Bird’s best time.

Ex-McLaren Formula 1 driver Stoffel Vandoorne finished the afternoon session in fourth place for HWA, but did cause a late red flag that brought the test to an end a few minutes early.

Mitch Evans put Jaguar fifth fastest, ahead of Audi’s Nico Muller, who crashed during the morning running and caused a red flag, with a sensor issue further delaying his later return to the track.

Edoardo Mortara was seventh fastest for Venturi, ahead of Dragon’s Jose Maria Lopez, who shared his car with Pippa Mann during the afternoon running.

Third-place finisher in the race, Jerome D’Ambrosio was ninth fastest for Mahindra Racing, with Simona de Silvestro rounding out the top 10 in the afternoon for Venturi. 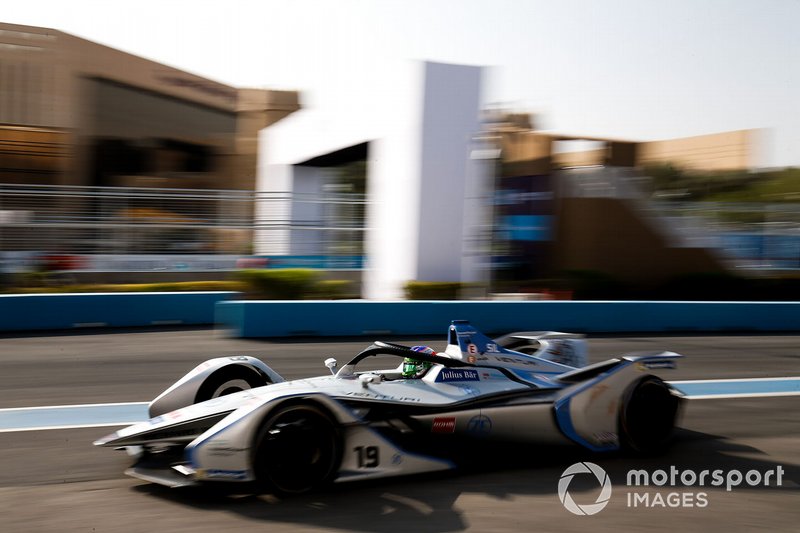 Nissan’s Sebastien Buemi was 11th quickest in the afternoon, just ahead of Techeetah’s Tatiana Calderon.

Tom Dillmann put NIO into P13 after taking over Oliver Turvey’s car for the afternoon, and he brought out the first red flag of the second session when he crashed at Turn 3, which caused a lengthy delay as the car was recovered.

Jamie Chadwick missed much of the morning running because of a battery issue on her NIO machine, but she did get out on track late in that session and ended up 14th in the afternoon.

Alexander Sims set BMW’s best time in the afternoon, 1.615s slower than he went in the morning, as he co-shared with Beitske Visser, who had a battery issue on the car she used in the morning that meant it could not be run further.

Katherine Legge ended the afternoon in 16th place for Mahindra, ahead of Maximillian Gunther (Dragon) and Carrie Schreiner (HWA).

Amna Al Qubaisi was the only driver not to take to the track in the afternoon after she touched a barrier with the rear of her Virgin car at Turn 17 – the long right hander leading onto the track’s main straight – during the morning, which broke the driveshaft.

That brought out the day’s first red flag, with the second being caused by Gunther crashing midway through the morning running.