Audi team principal Allan McNish told Motorsport.com that BMW is “the one that we are going to be chasing as a principal point”, after the Munich-based marque topped all three days of pre-season testing at Valencia in October.

But Marquardt dismissed that suggestion as he believes Audi and the DS Techeetah squad “are the ones who set the tone”.

“The tests in Valencia were very promising,” Marquardt said at BMW’s end of year celebration. “Although everyone knows that you always have to be careful with results during tests. But we were reliable – that was very important.

“We could always keep up with the pace of the frontrunners, [which was] also very important.

“Allan McNish said last week that we were the favourites. Thanks, but he just wants to distract from the fact that Audi and Techeetah are the ones who set the tone.

“I wouldn't write off [Audi customer team] Virgin and HWA either. They have always shown that they can be very fast at a top level.”

Marquardt added that he believes BMW still needs to work on improvements ahead of the start of FE’s fifth season, which gets underway at the Ad Diriyah E-Prix in Saudi Arabia this weekend.

“If we can go anywhere from the beginning and be competitive, then we're doing a good job,” he said.

“But we'll look at that next weekend. We certainly still have work to do. Antonio [Felix da Costa] is a very experienced pilot, but for Alexander [Sims] it is the first season.” 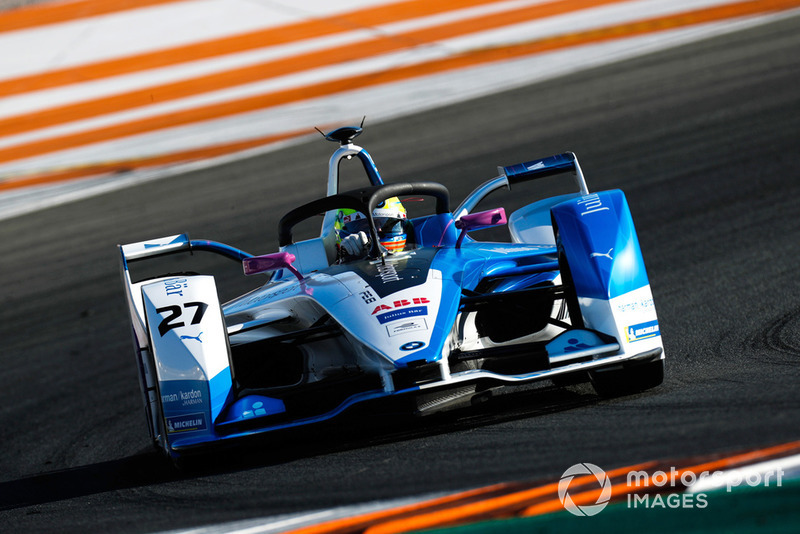 Rowland: F1 "not my aim anymore" after joining Formula E