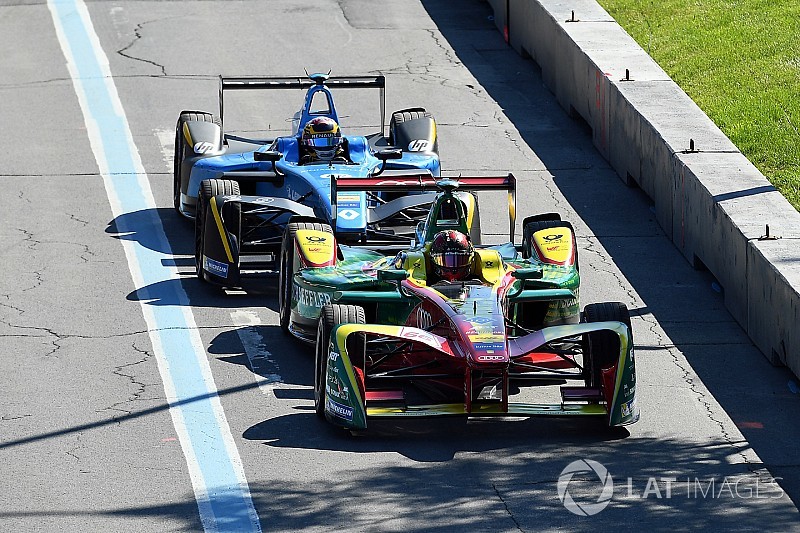 Daniel Abt and Robin Frijns were both left confused and surprised after being confronted by Formula E title protagonist Sebastien Buemi immediately after yesterday’s first Montreal ePrix.

Buemi, who was later thrown out of the race results for an underweight car, was filmed remonstrating with first Robin Frijns and then Daniel Abt after incidents during the race.

Abt and Buemi clashed coming into the pits after a Full Course Yellow was called out, with the Swiss shaking his fist as he believed that his title rival Lucas di Grassi’s teammate was holding him up on pit entry.

“First of all when the full course yellow came I pitted as normal and he almost crashed into me and was pointing at me and going crazy. I think he thought I was slowing him down,” Abt told Motorsport.com

“The pitstop looked to me, and I am sure many others, to be an unsafe release,” continued Abt. “Then at the end in Parc Ferme he went crazy at me and was mad all over again.

"I think he was probably just mad at himself. Let’s just cool it down, I’m not in this title fight, it’s between him and Lucas so I just want to do my race."

Both Abt and Buemi were reprimanded for exceeding the Full Course Yellow speed limit at pit exit but were not dealt a penalty after stewards deemed no advantage was gained. This was despite Buemi emerging from the pitstop ahead of Abt.

Buemi, who fought back from his practice accident in a newly built up car, questioned the risks taken by some of his adversaries - among them Frijns, with whom he clashed in the opening stages of the first lap.

“I was saying to [Frijns and Abt] that we were fighting for the championship and in Turn 2 we don’t need to take risks like that,” said the Renault e.dams driver.

“Hopefully I will not start with those guys around and I will be further up and we won’t have this problem,” concluded

Frijns was baffled by Buemi’s confrontation in Parc Ferme after the race and believes that he actually avoided a more serious incident during the opening exchanges.

“He came up to me and I actually thought he was going to thank me because I had overtaken him at the first turn but then at Turn 2 he went back through and I locked up and tried to avoid him but as I did this I actually went back through,” said Frijns.

“I had actually already taken him before I turned in and I felt a small touch on the left rear but nothing much. Then five or six laps later he was behind me and I chose to let him go so I don’t know what he is crying about. He said I was a maniac in Turn 2 and blah, blah, blah.

“I actually had a choice to make and I chose everything not to hit him. It is a bit ridiculous how he does things sometimes. He should have actually thanked me so his reaction is quite confusing."