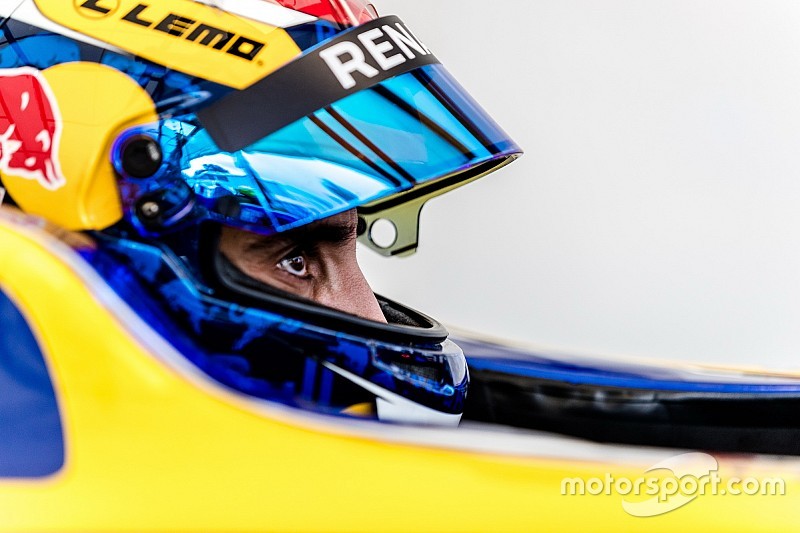 Newly-crowned Formula E champion Sebastien Buemi says he has lost all respect for title rival Lucas di Grassi, accusing the Brazilian of trying to blame someone else for his mistakes.

Buemi and di Grassi started the season finale with the same amount of points, with the duo lining up first and third on the grid respectively.

The pair made contact at the first braking zone of the track when the Brazilian mounted the back of the e.dams car, both going into to the escape area as a result.

While di Grassi claimed Buemi braked a lot earlier than normal, the former Toro Rosso driver reacted by claiming he has "zero respect" for his beaten opponent.

"I mean, you're always gonna brake in a different way because the brakes and tyres are cold and we don't have a formation lap, you just have to take a look at the footage," explained Buemi.

"Honestly, I have zero respect for this guy, so now we'll see what the race direction says - but I'm very happy with what I've done, because I've done the right thing.

"What he said is actually disrespectful because first of all he is lying and second of all he made a huge mistake and he is trying to blame someone else."

Following their contact, both Buemi and di Grassi went into the pits to switch to their second cars.

Having lost all chance of finishing in the top 10, the title was going to be decided by which one of them could record the fastest lap, which is rewarded with two points.

Di Grassi was first to set a quick lap and then, as claimed by Buemi, the Brazilian deliberately kept blocking him so he couldn't set a better time.

"[After the incident] I said okay, normally we are quicker, it's gonna be fine," Buemi recalled. "And then  the most incredible thing happened.

"He went out, he did the fastest lap and then he was waiting for me each time I was trying to do a fastest lap.

"I used 60 percent of my battery before in the end I managed to do a lap. I could not believe that.

"[I was confident I could go fastest], if I was in clean air but then I was starting to be so emotional. I saw my battery going down and down and I couldn't do a lap."

Buemi eventually managed to set a flyer, which gave him the crucial two points.

"I'm actually sad, first of all to win it this way and second of all to see what Lucas did because I was very respectful of his driving because he has been amazing," added the Swiss.

"Like he said it many times his car is bad and he is such a good driver and if he was in my car he would be at least half a second quicker.

"[At the start] He went between Nico [Prost] and the wall and maybe there were five centimetres and then once he braked he had two options - either go to the right or nail the back of my car - and he made it perfectly, but a little bit too strong because we both went out.

"I'm a little bit sad because of this because I think that was his only opportunity in the end we had the quickest car and we had the best team."