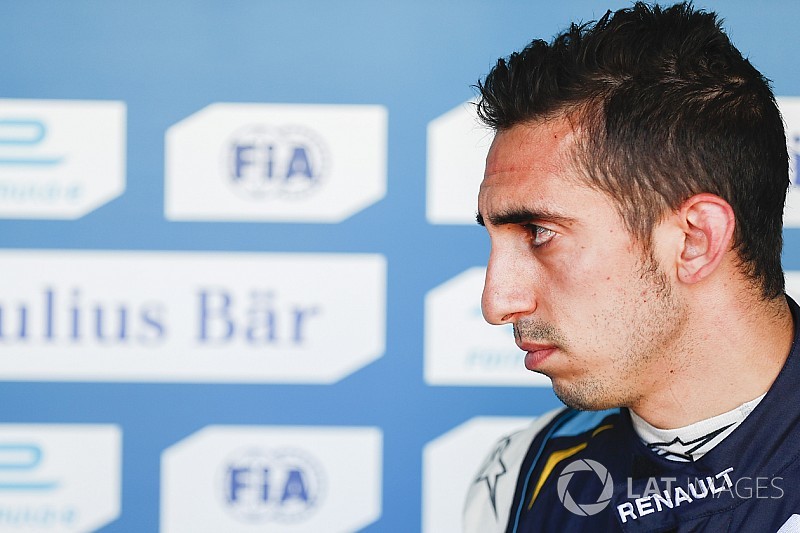 Outgoing Formula E champion Sebastien Buemi has told Motorsport.com that he has no misgivings about his performances this season, despite the disappointment of not retaining his crown.

Buemi lost his points lead in race one in Montreal on Saturday, as a practice crash led to a grid penalty due to emergency repairs. He then surged through the field, despite some early skirmishes, but was disqualified from a fourth-placed finish due to his repaired car being underweight.

Buemi also suffered a disastrous race on Sunday, after early damage required him to make an extra pitstop. But missing the races in New York, due to FIA World Endurance Championship commitments with Toyota, was also a huge hindrance to his campaign.

“I’ve no regrets at all with my performance, I think I have done a good job,” he said. “When you get disqualified twice and lose 22 points, plus miss two races in a championship which only counts 12 races, what do you do?

“The biggest problems obviously were to miss the two races [in New York] and the disqualifications.

“What I have done and what the team has done is amazing, though. I have 12 wins in Formula E, I am happy with that obviously.”

After a series of angry exchanges with several rivals on Saturday, Buemi was gracious in defeat and congratulated Di Grassi publically after the final round in the post-race media pen.

“I’m disappointed I didn’t win but I don’t take anything away from Lucas, he has done a great job,” said Buemi. “He competed in all the races and he deserved the championship.”

Buemi said his Renault edams team’s hat-trick of teams’ titles was amazing, but it would take time for him to fully enjoy it.

He added: “It is amazing for the team, and they deserve it because they worked so hard, especially here yesterday and it was difficult not to be able to reward them with a good result.

“It is difficult to fully enjoy it because I lost the drivers one but this is all part of racing.”

How Indians performed over the weekend (June 28-30)