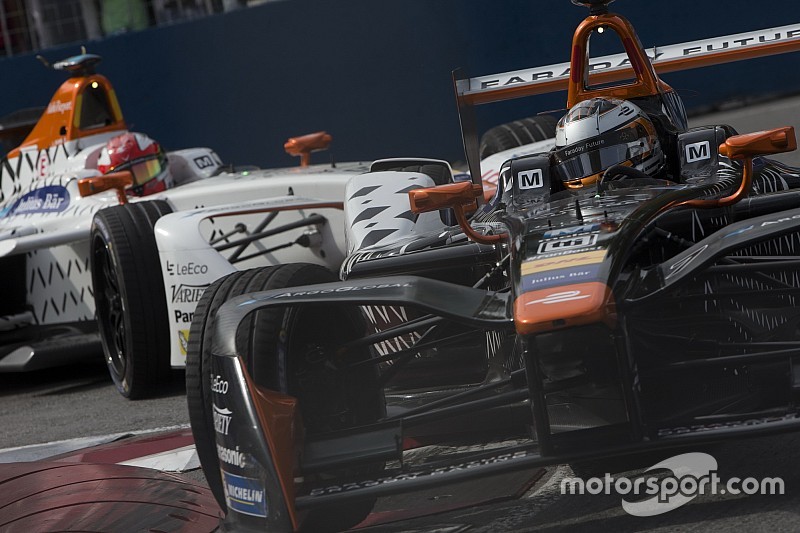 The pair duelled in the closing stages as Loic Duval closed in on and put a move on teammate Jerome d’Ambrosio, causing light contact between the pair.

Angry words between d’Ambrosio and Duval’s race engineer Fabrice Roussel are alleged to have been exchanged immediately after the race and it was evident that d’Ambrosio felt aggrieved at the intensity of the battle in the final stages of the race.

“I was sixth with two laps to go and there is no reason to then finish eighth,” said the Belgian. “This is especially as the guys were on the radio in the last five laps saying just bring it home and take it easy.

"They said the same to Loic and then it all goes crazy with two laps to go. That’s a little bit of a pity. A misunderstanding or whatever, I just don’t know.”

Duval, who fought his way up from 14th position on the grid to score his best result since last season's Battersea Park round was insistent that his late-race charge was firm but fair.

“I just got a message that at one point at the beginning of the second stint that Jerome had more energy left than me, which was normal as I did one lap less with the first car,” he said.

“As you have seen in the past though we have had fights and most of the time I was really gentle, and this weekend I was in this position where I was competitive and I had less energy available so I fought.

"I always gave the room but for sure I won’t make it easy to pass. I was able to come back on the energy level, at the end I was able to attack.”

"But if you take your teammate out by being too aggressive, then you’ll miss the following race," Penske clarified.

“Jerome was frustrated because he wanted that 6th place, he’s a racer, and was disappointed to give those two places away."