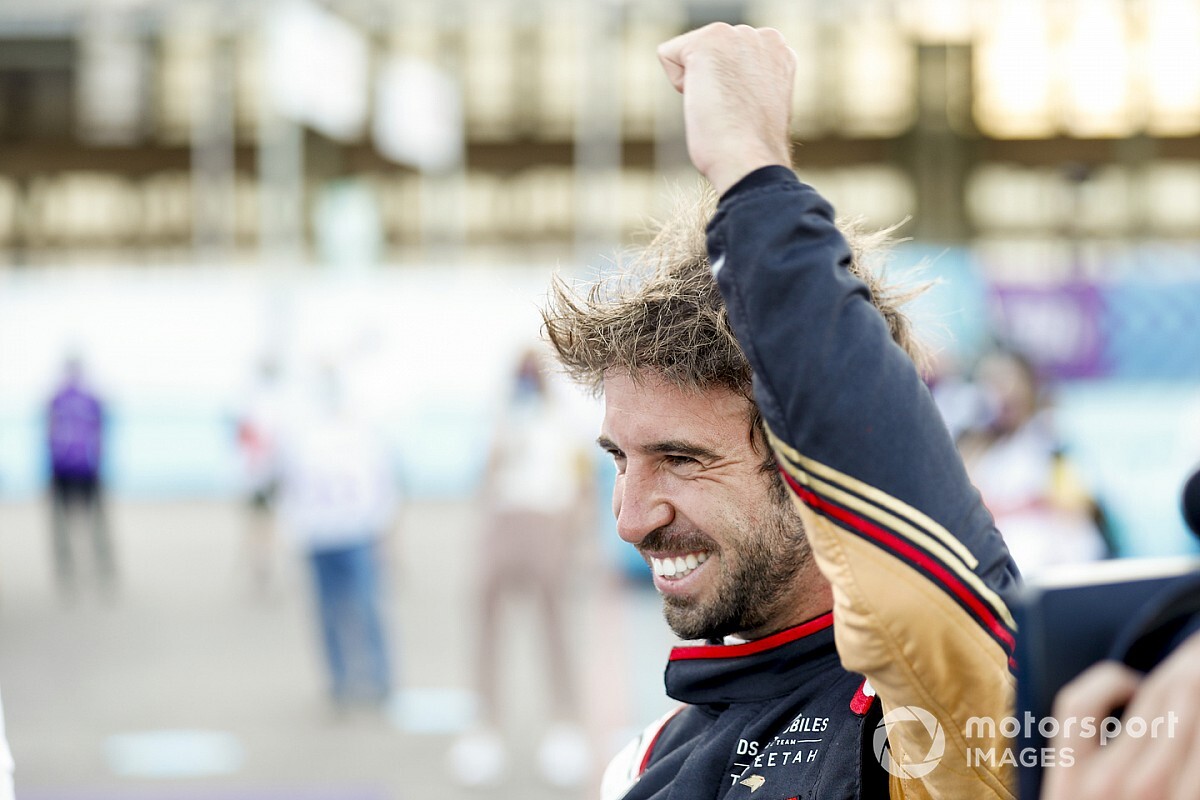 Da Costa sealed his first crown since his 2009 Formula Renault 2.0 NEC success with second place in the fourth Berlin race after a team orders call to drop behind team-mate Jean-Eric Vergne. The 1-2 also assured the DS Techeetah team of successive teams’ titles.

The Portuguese driver replaced Andre Lotterer at the squad for this term, having raced for team principal Mark Preston under the outfit’s former Aguri guise in the 2014-15 and 2015-16 seasons.

Da Costa finished eighth at the first effort, but slumped to 13th the next season before signing for Amlin Andretti.

“I have no words right now,” he said. “Just the bad times really come to my mind because [I was] so close to giving up some times and, thanks to the people around me, I never did.

“But more than that, thanks to these guys [at DS Techeetah] who I raced with in season one and they knew what I could do even when I was finishing nowhere in P15 and they brought me back.”

Da Costa also credited Vergne for getting him up to speed after moving from BMW Andretti, which was delayed by a contract clause until pre-season testing in October.

He added: “A massive thanks to [Vergne].  He’s a hard bone to chew but he pushed me all the way. He helped me out a lot.

“It is also thanks to him that I was able to be so quick straightaway in this new team.”

In deference to the race, when da Costa was instructed to “swap and attack” by passing Vergne for the lead before returning to second in the closing stages, da Costa said: “We had a game plan and we executed it perfectly. Me and [Vergne] helped each other out.

“The Nissans, both Oliver [Rowland] and Seb [Buemi], they were right there all the way. For me, it was super intense at the end when I had to cover [Vergne] and at the same time cover myself.

“They were very fair today, as a champion like Seb should be.”

Vergne complained over radio in the first race at Berlin that da Costa had supposedly ignored team orders to manage the pace at the front. This led to late energy and tyres issues for Vergne and he dropped from second to 20th after a crash with Lucas di Grassi – as da Costa took victory.

But Preston explained that despite the initial troubles, the Wednesday race had acted as a practice run to execute team orders.

“It’s amazing… what we planning on the first day that went wrong, that’s what we were doing,” he said. “All that practice carried out today in the race.”