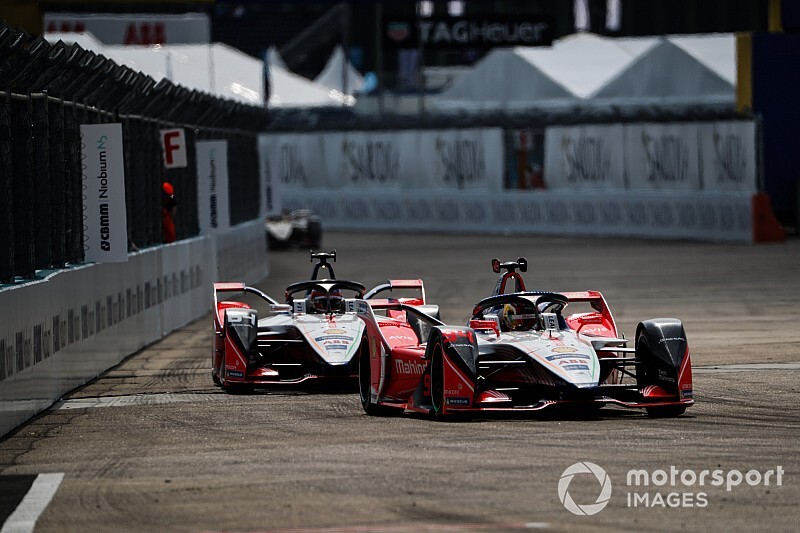 Mercedes and Porsche have become the latest high-profile manufacturers to enter the all-electric championship this season, joining fellow German makes Audi and BMW, British car maker Jaguar and Japan’s Nissan, among others.

Mercedes sets foot in Formula E on the back of its sixth straight title double in Formula 1, with its success stemming from the investment it made when the new hybrid engine rules introduced in 2014.

However, d’Ambrosio is confident that small teams will continue to remain competitive in Formula E, saying the regulations ensure no well-funded manufacturer can run away with the competition.

“I think the good thing is that in Formula E the rules are written in such a way that it leaves some room to make a difference but not to much that big names with big budgets can come in and develop a car like in Formula 1 that goes two seconds faster than another car,” d’Ambrosio told Motorsport.com.

“So I think the era has changed, it’s made everyone really close. But the concept that smaller teams can beat bigger ones, that hasn’t changed."

He added: “Definitely they are big names. I don’t think we need to feel threatened by them.

“Having said that it’s not going to be straight that easy in Formula E and smaller teams like Mahindra or others really have a chance to go and beat these guys. So it’s very exciting for us to be in that position."

Mahindra Racing chief Dilbagh Gill says he is “not losing sleep over” the addition of Mercedes and Porsche to Formula E, as he reckons no new manufacturer can succeed in the championship from the get-go.

While Mercedes is taking over HWA’s entry, Porsche is entering Formula E as a brand new team.

Gill told Motorsport.com: “I think in this championship it’s pretty equal in the sense the amount of resources that can go [in], being what I call a 'constant horsepower championship'.

“Yes, we are worried but I don’t lose sleep in the sense per se.

"From the driving perspective experience counts. Okay, you might have the biggest star coming in, [but] he’s not going to be winning in the beginning. He can win a one-off race, but he can’t put a consistent challenge because he needs to understand a lot more what’s happening in Formula E.

“So from a Porsche and Mercedes’ perspective, I’m really welcoming, I’m looking forward. Me, I think it’s a culmination of motorsport ambition that you’re racing against these guys.

“Mahindra is on the same grid, rubbing shoulders as equals and there is nothing more than we can expect because you know what they’ve done, they’ve got heritage. But at the same time we know we can go, on our day beat them with what we have.“