D'Ambrosio: Formula E should move testing away from Valencia 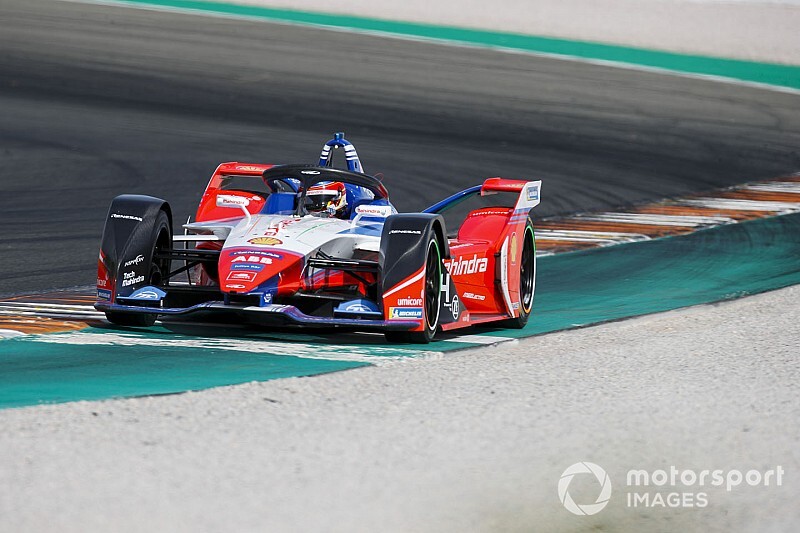 Mahindra Racing driver Jerome d’Ambrosio says that Formula E must host its official pre-season test days at a track that is more representative of conditions witnessed on city streets.

The all-electric championship has exclusively used Valencia as its pre-season venue for the last three seasons, the Spanish circuit having taken over from ex-Formula E base Donington Park in season 4.

But the 1.9km national configuration of the circuit offers little similarity to the narrow street circuits the series races on, despite the addition of a temporary chicane on the start/finish straight.

D’Ambrosio has urged Formula E and the teams to work out a solution to its testing location problem, going as far as saying that they should pool together resources to build a dedicated test facility.

“I think we should,” d’Ambrosio told Motorsport.com when asked if Formula E should move testing to another circuit. “The problem is that they can or not.

“Simply because you have still 24 cars together, infrastructure, the charging, blah, blah, blah. All these things. You need a certain calibre of, certain size of track.

“And unfortunately I don’t see many tracks where we are going testing privately giving that opportunity.

“Teams should get together and build a special Formula E test track. With Formula E and everything, everyone drops in a little bit.

“I think that could be quite interesting because it’s really a challenge that we have with Formula E to try to find a proper place.”

He also highlighted how the nature of the Valencia circuit led to a street circuit-style crash-fest in testing, with Porsche’s Neel Jani even requiring a new tub after a major shunt on the second morning.

“I agree with what you are saying but at the end of the the cream rises to the top,” Gill told Motorsport.com. “And I think whichever track you go to, you can set the car pretty fast there.

“It just proves that you can do it repeatedly. So while Valencia is not a representative track, it shows.

“Like last year. It gives you a little bit of a rough idea what’s happening. And if it’s not a representative track, you wouldn’t have had 14 crashes and one tub being changed in Valencia. These guys are pushing themselves. Jerome himself gave me a 120,000 euro bill!”