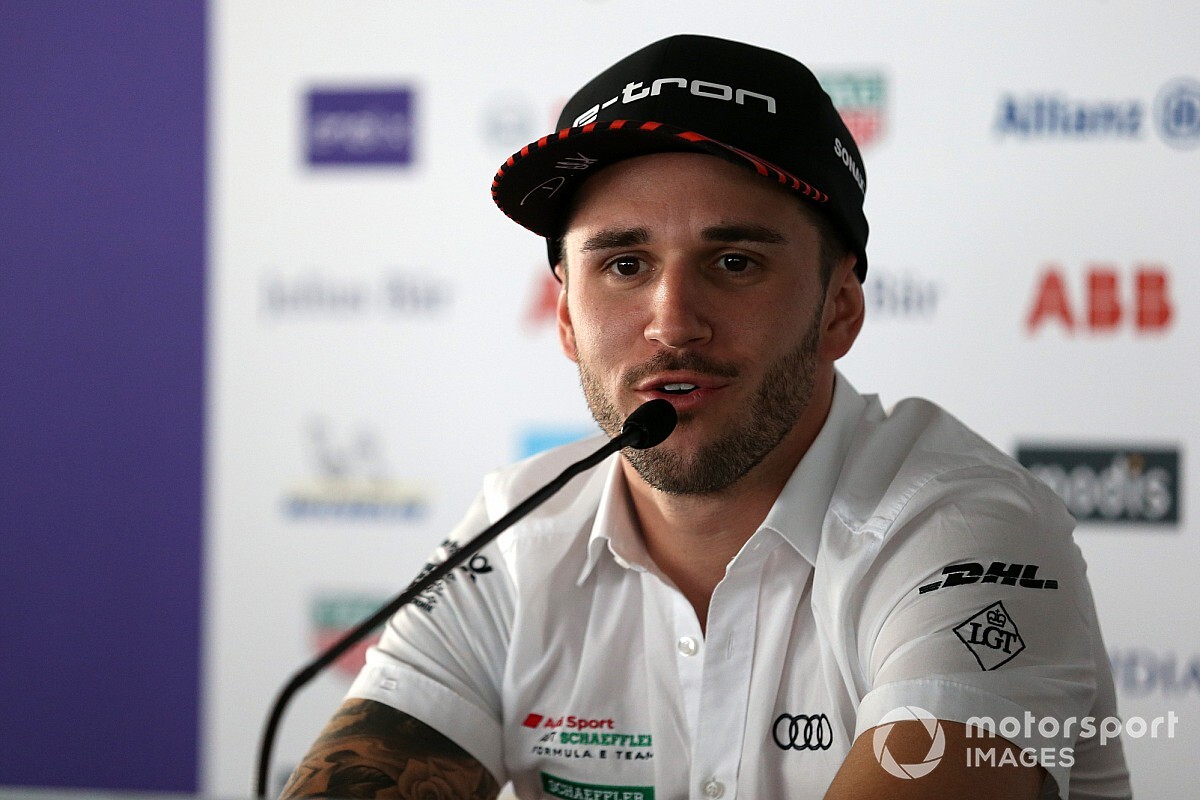 Daniel Abt has been suspended from the Audi Formula E team with immediate effect after he cheated in last weekend’s round of the Race at Home Challenge Esports series.

Abt was disqualified from the virtual Berlin E-Prix and fined €10,000 after he was found to have let professional Esports sim racer Lorenz Hoerzing take his place.

Although Audi has formally ‘suspended’ Abt over the stunt, Motorsport.com understands he will lose his FE drive.

The 27-year-old German has contested every single FE race since the championship’s inception in 2014 - as has his teammate Lucas di Grassi, Mahindra driver Jerome d’Ambrosio and Envision Virgin Racing pilot Sam Bird.

In that time, Abt has been signed to Audi each season on a 12-month deal.

A brief statement from Audi read: “Daniel Abt did not drive his car in qualifying and the race at the fifth event of the Race at Home Challenge on May 23 himself, but let a professional sim-racer do so.

“He directly apologised for this on the following day and accepted the disqualification.

“Integrity, transparency and consistent compliance with applicable rules are top priorities for Audi - this applies to all activities the brand is involved in without exception. For this reason, Audi Sport has decided to suspend Daniel Abt with immediate effect.”

Abt released a statement following his reprimand apologising to his fans, teams and fellow drivers.

He said: "I did not take it as seriously as I should have. I am especially sorry about this because I know how much work has gone into this project on the part of the Formula E organisation.

"I am aware that my offence has a bitter aftertaste, but it was never meant with any bad intention. Of course, I accept my disqualification from the race."

Audi GT3 driver Kelvin van der Linde and Mattia Drudi contested the post-Marrakesh race rookie test for the team, and would be among the contenders to take over Abt's seat when the FE season resumes.