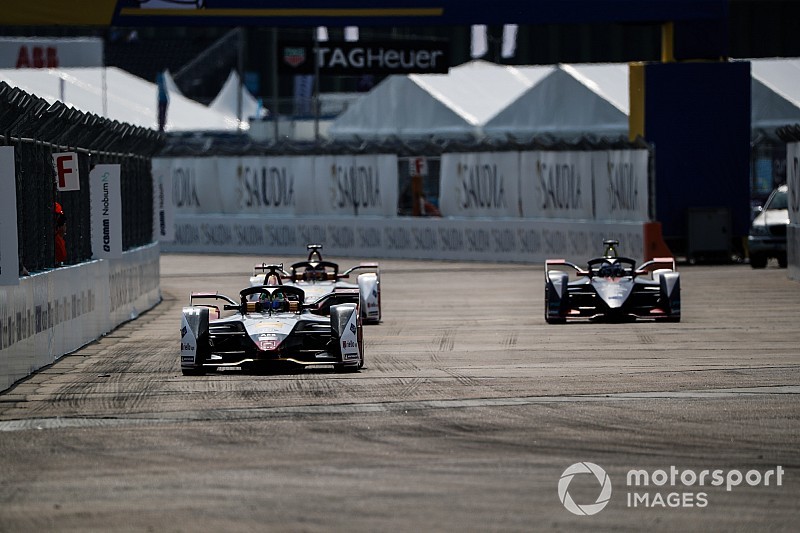 Lucas di Grassi says the unusual timetable at ABB FIA Formula E’s race in Berlin this weekend is “a big mess” that could “severely” hinder the championship leaders in qualifying.

The 2019 edition of the Berlin race features a unique split timetable, with the two practice sessions taking place on Friday, qualifying scheduled for first thing on Saturday morning and the race starting at 1pm rather than the traditional 4pm slot.

The event timetable has been altered to avoid a clash with the build-up to the German football cup final, which is taking place at the Olympiastadion in Berlin on the same day as the race.

But the change means there is no on-track running – all of the Jaguar I-PACE eTrophy sessions apart from the race are taking place on Friday – ahead of qualifying.

Many drivers therefore feel the arrangement will leave the group one runners – the first five drivers in the standings, Jean-Eric Vergne, Andre Lotterer, Robin Frijns, Antonio Felix da Costa, and di Grassi – at a major disadvantage.

“It’s a big mess,” di Grassi told Motorsport.com, “because the track will not be used from FP2 to qualifying.

“So the track will be completely dirty from the wind and the dust over the night and then you go straight to qualifying.

“I actually personally asked the organisation ‘could we have like a five-minute/10-minute warm-up?’

“Just to make sure everything is working, clean the track a little bit before qualifying. But they said ‘No, the teams agreed [to] not having them’.”

But di Grassi added that he still expects the Berlin race to be “very fun”, as the wide Tempelhof circuit encourages overtaking.

“Even if you have a bad qualifying you can overtake, there are a lot of points [to get by],” he said.

“The race is [also] very energy efficient – you have to save a lot of energy – so it will be strategic.”

Envision Virgin Racing driver Frijns said he does not “have a problem to go out at 8.40 in the morning and do qualifying” but agreed the timetable spilt will hamper the group one runners.

“We will be the ones who clean the track,” he continued to Motorsport.com. “And we will have probably the most disadvantaged position.

“Because if you go to groups two, three and four, the track gets better and better. And the temperatures immediately go up because it’s so cold in the morning. [So] I see us struggling in qualifying.”

“I like it – I think it will be cooler,” he told Motorsport.com. “I love Formula E for this – it pushes the boundaries of the drivers all the time with the tracks we’re going to, with the timetable we have, with the kind of difficulties we have to overtake.”