Di Grassi: I was better in 2017/18 than title-winning season 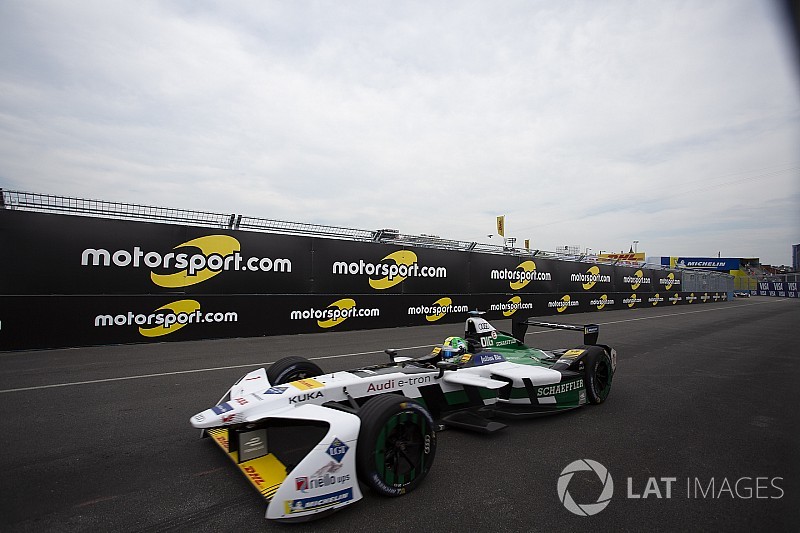 Lucas di Grassi says his driving in Formula E’s fourth season was “better” than his title-winning campaign in 2016/17, and called his recovery to second in the points a “miracle”.

Di Grassi’s title defence suffered a disastrous blow when he retired from the first four races of the 2017/18 season primarily due to a problem with the inverter in his Audi powertrain.

He finally scored points in the Mexico City round in March, and did not finish off the podium at any of the final seven races, winning in Zurich and the first race in last weekend's New York double-header.

The Brazilian's runner-up spot in the second New York race gave him enough points to push DS Virgin rival Sam Bird down to third place in the drivers’ championship.

Jean-Eric Vergne wrapped up the title in the first leg of the season finale, but Audi was able to edge out the Frenchman's Techeetah squad for the teams' championship by two points.

“The season started on a low, not scoring for four races,” di Grassi told Motorsport.com. “Then getting all the way up to finishing second, [to become] vice-champion is just a miracle, and to win the teams’ championship.

“Seven podiums in a row showed that we were super competitive and when the car didn’t break down we had all the tools to get a good result and I’m super proud of what the team achieved.

“The difficult part was not to get that mental spiral that you doubt yourself or anything during these first four or five races. I think I drove better this year than I drove last year because I didn’t do any mistakes.”

When asked about his penalty in qualifying for Punta del Este, which arguably cost him pole position and a first race win of the season, di Grassi replied: “I crashed [on Sunday in New York] too.

“What I mean is that I didn’t do any mistakes that compromised points, or crashed and destroyed the car and compromised the race.

“Of course, everybody does small mistakes here and there. But I did less mistakes than last year, I drove more on the edge, I had to risk more, overtake much more, and I’m super happy with my driving.”

Di Grassi pushed Vergne hard for victory during the second New York race on Sunday – actually briefly going into the rear of his rival’s car at the final corner during the closing stages.

“When you are very close in Formula E, and the difference in speed in the corners, you need to stay close,” he said of the incident.

“You also don’t want to waste energy, so if you have to stop to brake more, you waste energy so you try to stay as close as possible.

“I touched JEV like two or three times – very small touches – just with the point of the nose. It’s part of racing.”

The redemption of a "destroyed" F1 outcast