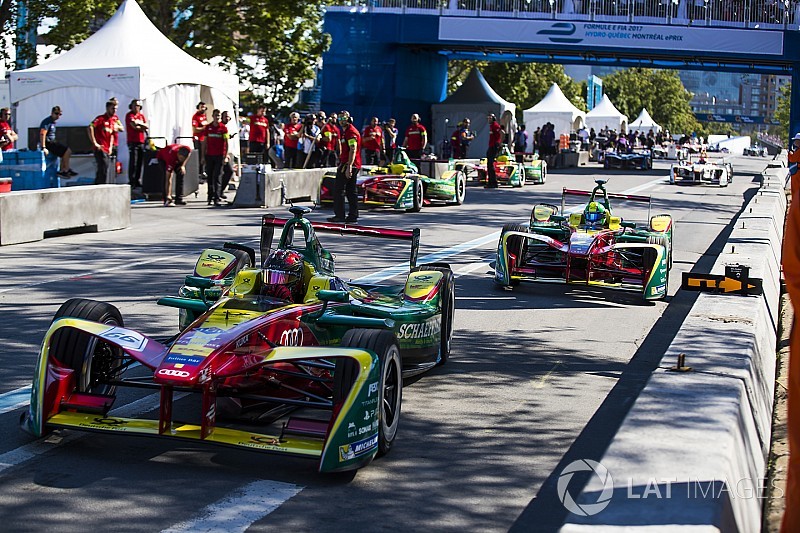 New Formula E champion Lucas di Grassi has claimed he never gave up on the season three title, and cited a determined attitude as the key reason why he overturned Sebastien Buemi’s points lead.

From the first race until the penultimate one, Buemi was the championship leader and his advantage over di Grassi was as big as 43 points after Paris.

While the Swiss driver won every race but one up until that point, Buemi skipped the New York ePrix doubleheader due to WEC commitments and only scored points in one of the remaining races, with di Grassi eventually taking the title by a comfortable 24 points.

"Our car was the least competitive when you take it season by season since the start of the championship but we still managed to do it.

"On a personal level I managed to bring the car home in every race apart from Paris," he said. "We did three pole positions. There were ups and downs but we were always super motivated."

Di Grassi described his victory as especially satisfying as the championship experienced its most competitive season to date.

"This year there were four teams – us, Renault, DS Virgin and Mahindra fighting every race and it was much more complex, much more difficult."

"This year the level has been the best ever in terms of drivers. Every group in qualifying was intense, the quality is super high here and you have to squeeze everything out of yourself and the car."

Di Grassi recalled the Parix ePrix as his low point of the season, where his race was ruined after contact with Antonio Felix da Costa, and his deficit to Buemi in the points was the biggest all season.

"The low point was the Paris weekend when we scored zero points and had a very difficult qualifying and race together, at that point the deficit to Sebastien was very big," he said.

"So we went to New York and scored solid points when the car was not so competitive and then we managed to win here with pole. We did the job and yes we had some luck like in Hong Kong and Mexico but we also had clever strategy."

Di Grassi also admitted that concentrating on just one championship this campaign helped him to achieve his title success.

"The other thing was that I was fully committed to the championship after stopping the WEC with Audi. This clarity and focus were beneficial, there is no doubt in my mind it was."