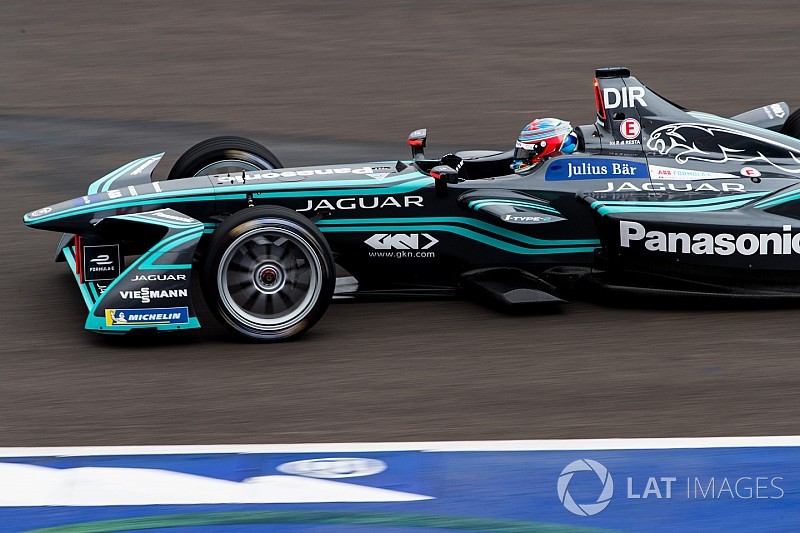 Ex-Formula 1 driver Paul di Resta says he enjoyed his Formula E test debut “a lot more” than he would've expected to going by other people's comments.

Di Resta had been courted by Jaguar for some time and finally joined the team for the post-race Marrakesh rookie test on Sunday.

He admitted had not been able to "pay a whole lot of attention to Formula E” because of his Mercedes DTM and Williams/Sky Sports commitments in Formula 1.

“I came in with a very open mind,” said di Resta, who topped the morning session before finishing the day fourth-fastest. “The opportunity came up to do this test and I took a very active interest.

“I’ve got to say I enjoyed it a lot more than people had given me the expectations of what I was going to feel for it.

“It’s very cockpit-heavy in terms of how the driver has to adapt and that definitely excites me, I’m one that thinks a lot about these things.

“After the first taster it’s definitely something that would interest me.”

Di Resta was kept busy in the afternoon by two longer runs at race power (180kW) and a series of 200kW qualifying efforts at the end of the day.

However, a mistake in the middle sector hurt his first flying lap on his last full-power run, which is usually the most potent.

Mercedes will leave the DTM after this season to join the FE grid in 2019.

That means there will be two teams di Resta enjoys a strong “relationship” with, as Jaguar works with Williams Advanced Engineering, the sister company of di Resta’s former F1 employer.

Di Resta missed out on a return to the F1 grid after Williams opted to sign Sergey Sirotkin for 2018, and confirmed he will continue in the DTM for Mercedes’ final season instead.

“When this came up in January it seemed like the best thing to do,” he explained. “At the end of the year it could be the path I would like to go. You never know where your future is.

“In the middle of October this year the main project I do, the DTM, is going to stop. Whether we go onto something else [with Mercedes] I don’t know, but you’ve got to have your vision.

“Hopefully my single-seater experience and what I’ve done in the past helps all this.”