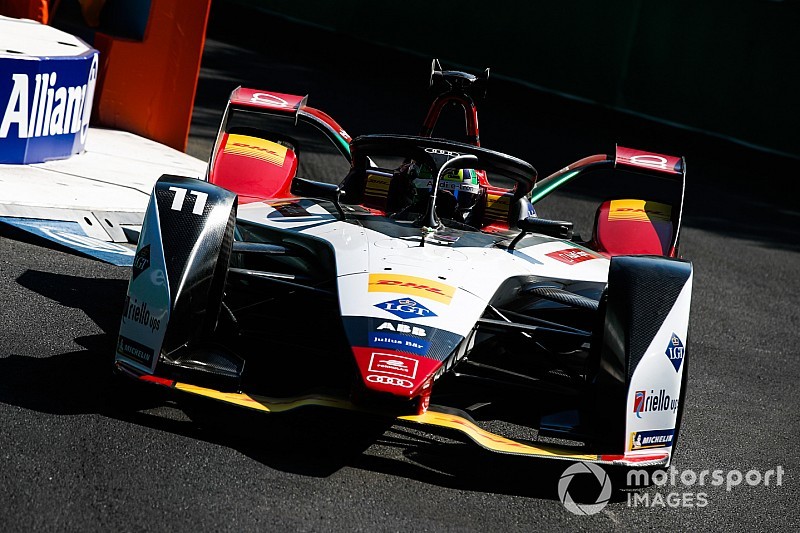 Lucas di Grassi has called for the “very stupid” rule he broke to get disqualified from qualifying for ABB FIA Formula E’s race in Santiago to be immediately revised.

The Audi driver had claimed pole position for Saturday’s race by 0.526 seconds ahead of Nissan e.dams driver Sebastien Buemi, but was sent to the back of the grid for violating Article 27.9 of FE’s sporting regulations.

This relates to an amendment filed by FE chassis supplier Spark ahead of the race in Santiago regarding brake usage – specifically on in-laps during qualifying.

Audi and di Grassi have explained that update now requires all drivers to brake in exactly the same way on their in-laps as they do on their flying laps.

It has been introduced on safety grounds to avoid damage to the brakes.

Motorsport.com has asked the FIA for clarification of the rule - which has not been made public - but none has been received at the time of publication.

After an investigation, di Grassi was thrown out of qualifying.

He started the race 22nd and was eventually classified 12th after he was given a 34-second post-race penalty for contact with Dragon driver Jose Maria Lopez that dropped him down the order.

When asked about the introduction of the new rule by Motorsport.com, di Grassi said: “There are a lot of stupid rules [in motorsport], but this one is a very stupid one.

“I don’t know if it’s the most [stupid] one, but I think this rule should be revised immediately for the next race.

“Basically I got disqualified by not using my brake pedal in the right way on my in-lap during qualifying. I never saw a rule like that – for me it is a completely stupid rule.”

Di Grassi also questioned why he was thrown out of qualifying and not given a lighter punishment.

“We never expected to be disqualified because [of] such a thing. Maybe a warning or a three-place grid penalty.

“There are many cases and because of that [a] full disqualification from pole position was a very harsh penalty for something which does not make any difference at all.

“I’m very frustrated because the lap that I did was my best lap ever from my Formula E career.”

The 2016/17 FE champion said that the rule had been brought in because “they don’t want you [to] overcook the brakes on the in-lap, which a lot of people were doing to try to heat up the tyre”.

When asked by Motorsport.com if that was what he had been trying do to, di Grassi replied: “No.

“If you actually consider the right way of analysing it – I was using much less energy on my brakes on the in-lap than I did on my fast lap.

“Because on the rule it’s written [over] brake pressure and not energy. If it was the right written word – energy and not pressure – I would be fine.”