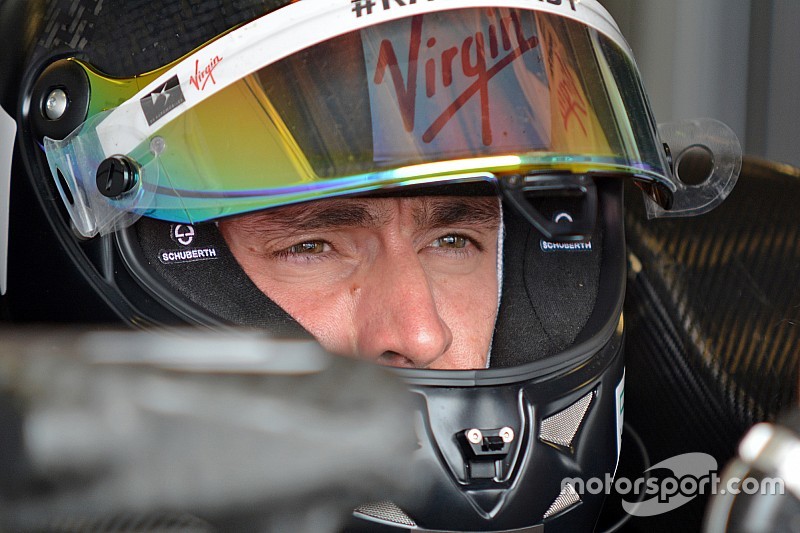 After lining up for the inaugural FIA Formula E Championship in 2014/2015 as Virgin Racing, the team joined forces with DS Performance for the 2015/2016 series which saw the London-based outfit come third in the Teams’ standings with score of one victory and four pole positions.

Ahead of the start of Season 3, DS Virgin Racing unveiled the new DSV-02 at the 2016 Paris Motor Show. In compliance with the latest regulations, DS Performance has developed a new electric motor which drives through a three-speed gearbox. The combination of the French brand’s expertise and the experience the team acquired in 2015/2016 has also led to revised rear suspension and modifications to the electronic interface. The single-seater car’s livery is new, too, and can be discovered here.

The 1.86km circuit in Hong Kong overlooks the harbour and will be new to all competitors as Season 3 kicks off a world tour comprising 12 races on four different continents. The opening clash – a sell-out – will take place on Sunday, October 9, with the 45-lap race scheduled to start at 4pm local time. It will be covered live on television across the world.

Briton Sam Bird will be joined at DS Virgin by a new team-mate, namely Argentina’s José María López, three-time FIA WTCC champion (subject to the publication of the official results of the 2016 championship). Prior to becoming the man to beat in world touring cars, he made a name for himself in single-seater racing, with a GP2 Series win to his name and several Formula 1 tests.

Bird, 29, has started every Formula E race since the championship’s launch and is eager for Season 3 to get underway with DS Virgin Racing: “The team has done an extraordinary job preparing for the new series. We were on a positive spiral at the end of Season 2, so we now need to convert that progress and everyone’s work into victories because I believe the DSV-02 will be a title challenger this season. In Hong Kong, the aim is to finish in the big points!”

José María López is one of this season’s rookies

After revealing his skills in single-seater racing, the 33-year old Argentine won back-to-back WTCC titles in 2014, 2015 and 2016 before picking up the Formula E gauntlet with DS Virgin Racing: “Formula E is growing in stature exceptionally fast. Personally, this is a big step for me and a real challenge. For the past few weeks, I have been working closely with DS Virgin Racing to optimise my preparation for the season’s early races. I am convinced we can achieve a great deal and I can barely wait to see how we compare with the others. To be starting the new season at a venue which is unchartered territory for everyone will no doubt make my job a little more complex, so I will need to be a fast and studious learner.”

Virgin Racing Director Alex Tai is eager to get started, too: “The drivers, engineers and our manufacturing partners at DS performance have been working exceptionally hard over the summer to optimise the new car’s systems and performance. I believe we have produced a highly competitive racing package and I want to thank the entire team for their commitment to our preparation for the season. There is no place to hide on the track, and I eagerly await to see how our efforts will compare.”

Said DS Performance Director Xavier Mestelan Pinon: “We learnt a great deal last season. The innovative aspect of this championship places the accent on research. The summer test sessions revealed the substantial gains there have been in powertrain performance and their associated electronics. Just as importantly, we are already seeing how technological carry-over can be beneficial to the DS brand. Our objective is to demonstrate that the techniques we have chosen are competitive. The best proof of the value of our work will be to be successful on the race track. That’s what we will be out to accomplish during the third season of Formula E.”

DS Performance’s Technical Director Thomas Chevaucher has been working hard on the development of the DSV-02: “It’s a brand new car. We have completely changed the motor, the gearbox and ancillary components, as well as how they are all integrated into the chassis. I can’t go into too much detail because everything is hidden out of sight, but I can say that we have opted for a three-speed transmission. As far as the gearbox is concerned, the challenge was to achieve the ideal trade-off between performance and efficiency. Formula E is unique on many accounts, one being the fact that we do not build the entire car. We are only responsible for parts of it, like the powertrain. We have chosen an innovative technology that nobody has yet put through its paces. Hong Kong will be our first opportunity to judge the progress we have made.”