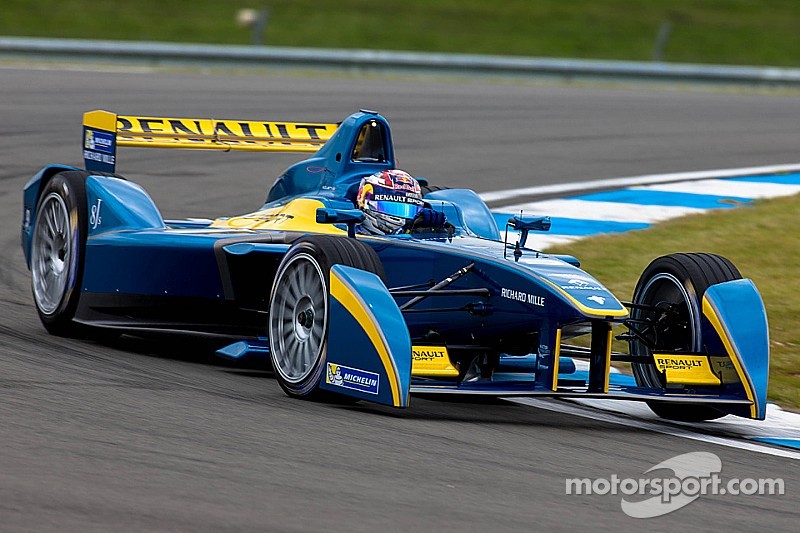 The FIA Formula E Championship is the major innovation for the 2014 season.

The first race will take place on 13th September in the streets of Beijing. However, the preparation of the cars is already well under way and five test sessions took place on the Donington circuit, where all the teams are based.

For e-dams-Renault as for the other nine teams entered for the championship discovering the electric aspect was a completely new challenge added to the usual chassis shakedown. The engineers', technicians' and drivers' first step was to understand how to use the power of the electric engines, and above all how to get the most out of the energy available on the track. It was a big job in which different parameters appeared, in particular controlling the wide temperature variations between qualifying and race mode.

It was obvious that the team run by Alain Prost and Jean-Paul Driot was galvanised by the challenge. Sébastien Buemi set the fastest lap on three occasions and the second-best time once while Nicolas Prost was always in the top 7. The team was very happy with these excellent results and also by almost perfect reliability, which is pretty rare for a car that's just left the factory!

The next stages are the general rehearsals in race weekend conditions on 24th July and 6th August followed by the final official test session on 19th August. The countdown's begun!

Sébastien Buemi: "I'm very happy to be part of the e-dams-Renault team as it has so much experience. This is the most important quality in a single-make formula. I really enjoy driving this car. I was pleasantly surprised by its behavior; it's a real racer. You have to learn how to manage all the parameters to get the best out of them and we're making big steps forward."

Nicolas Prost: "It was a real eye-opener! In fact, the characteristics of an electric motor aren't too different to those of a thermal engine. You get used to it very quickly. The car's much heavier and the tyres are very specific. You have to manage the braking and energy recuperation systems. This being said the team's very professional and reacts very quickly. We've learned a lot and made great progress on how to use the engine and set up the chassis."